Home » Blog » The Best of the Best 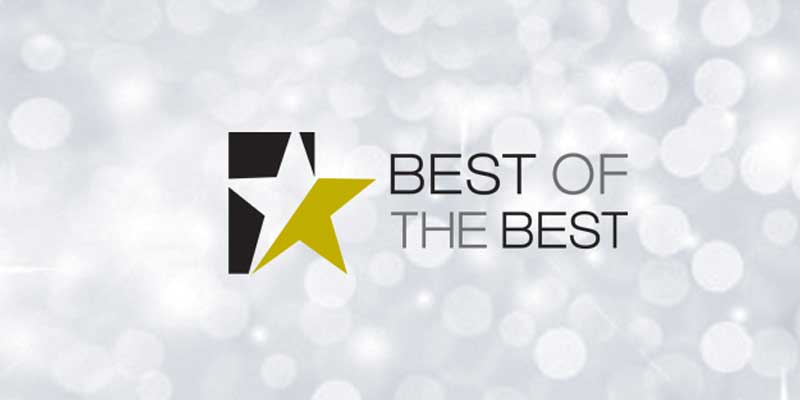 Several years ago, I entered the world of social media. My goals were to build relationships, learn, and share with others. I’ve met some amazing people and refer to a select group of folks as “The Best of the Best.”

The Best of the Best represents a group of brilliant people, at the top of their game, with exceptional talents and experiences. They are fun and engaging, exhibit exceptional moral character, and are doing their best to make a positive difference in the world.

The Best of the Best includes individuals and organizations from various walks of life. The group encompasses people from a variety of backgrounds and professions around the globe.

The Best of the Best Can Enrich Your Life

The Best of the Best is not a popularity contest. These folks are not selected based on their number of followers, but rather on the wisdom they possess and their eagerness to share.

I’m not saying that these folks walk on water. In fact, I can’t promise you that everything they say is brilliant or that I’m always in agreement. But what I can say is that the members of The Best of the Best have enriched my life, and I believe they can do the same for you.

I will add members to this list periodically and share them with you here. (So, check back regularly.) I encourage you to follow them and learn from them. You’ll be glad you did!

The Best of the Best

Please note: The list is not in any special order.

Steve is dedicated to developing the next generation of leaders. His wisdom has attracted over half a million Twitter followers. Steve doesn’t sell anything on his blog. His only interest is in giving back to the world.

Steve is a veteran of the Dale Carnegie organization, where he spent almost a decade selling, writing, and presenting training in sales, customer service, public speaking, managing people, developing leadership skills, and managing a business. Steve is currently the Selling Skills Manager for The Toro Company, working with Toro’s Commercial, RLC, Irrigation, and International businesses. He is responsible for developing the Toro Professional Sales Certification Process that was introduced in 2004.

Faisal is a serial entrepreneur, thought leader, author, and devoted student of life. Faisal, a former GE executive, is the founder of MiND2MiND Exchange, B2B and ForeSight.

Faisal is the author of six books, including Everything Connects (McGraw Hill, Spring 2014) and is a contributor to Fast Company and The Huffington Post. He has also written for The Wall Street Journal, Business Week, and Forbes, among others. The editors of Ziff-Davis Enterprise named Faisal as one of the Top 100 Most Influential People in Technology alongside leading entrepreneurs such as Steve Jobs, Bill Gates, Michael Dell, and Larry Page.

Melanie is an expert on mindfulness, stress management, and relationships. Her knowledge is grounded in the sciences of attachment, emotion, and social communication.

Melanie is a sought-after guest and frequently quoted expert. Melanie has been showcased on CNN.com, Whole Living, Forbes.com, Men’s Health, O, the Oprah Magazine (South Africa), BBC4 in the UK, the APA Monitor, and Psychology Today. Melanie writes the Mindful Self-Express blog for Psychology Today, which has over 1.3 million page views.

2morrowKnight is a social media adviser and correspondent who blogs for Social Media Week, Smedio, and The Huffington Post. His work has appeared in Fast Company, Buzzfeed, The Stimulist, Mission Hot Mama, Womentality Magazine and Essence.com. He has also been a guest on CNN, PBS, and FOX.

In addition to 20 years in marketing and public relations, Sean has done extensive work in the area of speech writing, arts advocacy, and conservation, as well as promotional and social-good campaigns for nonprofits such as Project Medishare, World Vision, and SeeYourImpact. 2morrowknight is currently a “Kred Leader” with the social media measurement firm Kred, and is working on the release of his first children’s book.

Michele is an internationally recognized expert and author on children, teens, parenting, bullying, and moral development. Her work aims to help strengthen children’s character and resilience, build strong families, create compassionate and just school cultures, and reduce peer cruelty. Her practical, research-based advice is culled from a career of working with over one million parents and educators worldwide.

Michele is an NBC contributor, appearing over 100 times on the Today show, and is the regular parenting expert on Dr. Drew’s Lifechangers, where she comments on late-breaking news and offers realistic solutions. Her work has been featured on Dr. Phil, Dateline, The View, The Doctors, Fox News, The Early Show, and CNN, as well as in Newsweek, People, Good Housekeeping, Chicago Tribune, U.S. News & World Report, Washington Post, The New York Times, and The Globe and Mail. She was an MSNBC contributor to two televised “Education Nation” specials. Michele is an award-winning author of 22 parenting and educational books translated into 14 languages

Sue is an author, parent advocate, and cyber advocate whose focus is on parents helping parents and promoting awareness of cyberbullying and other online issues. She is the founder and President of Parents’ Universal Resource Experts, Inc. (P.U.R.E.™), an organization that has been leveraging her personal experiences to help others since 2001.

Mark is CEO of Concentric Security, LLC, one of the nation’s foremost perimeter security construction companies for homeland security applications. His organization has been the recipient of Ernst & Young’s Entrepreneur of the Year Award (Maryland) and is a member of the Inc. 500.

Mark, an Ironman triathlete, is passionate about character-based leadership and innovation and pushing personal limits. He is highly recognized for his expertise in strategic planning and business development.

Before turning to writing, Gretchen had a career in law. She is a graduate of Yale and the Yale Law School. She clerked for Justice Sandra Day O’Connor and was editor-in-chief of the Yale Law Journal.

As a young teenager, Lolly found herself in the unthinkable position of being both orphaned and homeless. With no one to rely on and nowhere to turn, Lolly picked herself up by her bootstraps and began her amazing journey to the top of the leadership and personal development field. It is this life experience –– from having nothing to becoming a leader of leaders –– that has shaped her personal beliefs and is the primary driver behind who Lolly is today.

Lolly is the founder of Lead from Within, a global consultancy that has counseled heads of state, consulted to CEOs of large multinationals, and coached budding entrepreneurs. Over 600,000 people follow Lolly on Twitter and read her Huffington Post column each week. Lolly’s new book is Thoughts Spoken From the Heart: Over 500 thoughts that bring meaning to life. It’s no wonder The Huffington Post calls Lolly “One of the Most Inspiring Women in the World.”

Dan launched his widely acclaimed blog in January 2010. Leadership Freak was named The Most Socially-shared Leadership Blog of 2012. It is read in virtually every country on the globe today.

I will be adding members periodically and sharing them with you here.