This series shines a spotlight on twelve people who achieved success with heart — the right way. 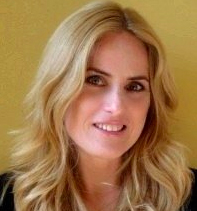 Leading Role Models appeared in the Huffington Post 09/05/13. The series shines a spotlight on twelve people who achieved success with heart — the right way.

Several years ago I ran into an unusual situation with a consulting client. One of my colleagues suggested that I bounce my ideas off Frank Sonnenberg. After I introduced myself, we spent an hour on the phone. The next day I unexpectedly received a FedEx package with additional materials to review. I called Frank to ask how I could repay him for his kindness. Frank told me to pay it forward.

I learned that this wasn’t an isolated event. This is how Frank lives his life. Most importantly, he’ll be the first to tell you that his philosophy of “doing what’s right” and “making a difference in people’s lives” are major factors leading to his success.

Frank has written four books and over 300 articles, appeared on the cover of a national magazine, consulted to some of the most respected companies in the world, and been named one of the Top 100 Thought Leaders in America. But when you talk to this man, you’d never know it. Frank is living proof that good people do finish first.

I caught up with Frank Sonnenberg to talk about heart-based leadership:

Lead From Within: What is one characteristic that every leader should possess?
Frank Sonnenberg: My answer is definitely integrity. Honesty is everything. Trust binds relationships, keeping spouses together, business deals intact, and political systems stable. If we can’t trust our leaders to do what’s right rather than “what’s in it for me,” then we have no promise for the future. Trust must be more than something that’s talked about; it must be at the core of everything we do. Without trust, no leader can ever attain greatness.

Lead From Within: Do meaning and purpose conflict with being successful in business?
Frank Sonnenberg: Are you kidding? Think about employees who are so passionate about what they do that they can’t stop thinking about work; they get up in the morning charged to go to work; and they don’t have to be managed because they believe so strongly in their cause. This is happening every day. All we have to do is look at the many start-ups and not-for-profit organizations.

Lead From Within: What is the one behavior or trait that derails more leaders?
Frank Sonnenberg: Lack of humility. Some leaders let success go to their head and lose touch with reality. They isolate themselves, by surrounding themselves with “yes” people, and they believe their own PR. Heart-based leaders never forget who they are and what they stand for. They’re modest about their achievements and grounded in their values. Great leaders find creative ways to bring out the best in people, share the credit, and pull people up the ladder of success with them.

Lead From Within: Do good people finish first or last in business and life?
Frank Sonnenberg: I strongly believe there’s a correlation between personal values and the bottom line. Being a good person is not only the right thing to do, it’s also good business. Some people believe that you have to be ruthless to win. I’m here to tell you they’re wrong. They may win in the short term, but I guarantee that it will catch up with them one day. Reputation matters.

Lead From Within: What’s the one thing that you wish you knew when you began your career?
Frank Sonnenberg: Good question, Lolly. Some people will stop at nothing to achieve success. The problem is that their confidence is often perceived as arrogance; their go-getter personality comes across as pushy; and their ambition is viewed as uncontrollable. The result is that their uncontrollable drive and selfishness causes them to forfeit the success that they worked so hard to achieve. I’ve found that people with integrity, who give freely of themselves, build win-win relationships, and do what’s right rather than being self-serving win the marathon race called life.

Lead From Within: Can you name a person who has had a tremendous impact on you as a leader? Perhaps a mentor? How did this person impact your life?
Frank Sonnenberg: Dr. Mark Sandberg, Dean Emeritus, Rider University College of Business, influenced me in so many ways. There is a saying, “The mediocre teacher tells. The good teacher explains. The superior teacher demonstrates. The great teacher inspires.” Mark definitely inspired me. He imparted the knowledge, skills, and values that are so much a part of who I am today.

Second, Dave Tierno was the National Director of Consulting at EY (Ernst & Young). Dave never led by command and control. He achieved superior results because everyone admired, respected, and trusted him. I haven’t worked for Dave in twenty-two years, yet even today, I would go to the end of the earth and back for him.

Frank Sonnenberg is living proof that success can be achieved with heart –– the “right way.” Find him on http://www.FrankSonnenbergOnline.com | Personal Values • Personal Responsibility.

Lolly Daskal is the founder of Lead from Within, a global consultancy that has counseled heads of state, consulted to CEOs of large multinationals, and coached budding entrepreneurs. Over 600,000 people follow Lolly’s wisdom on Twitter and subscribe to her blog; her inspirational speeches are greeted by standing ovations worldwide. The Huffington Post calls Lolly, “One of the Most Inspiring Women in the World.”

Lolly Daskal is the president and founder of Lead From Within a coaching and consultant firm that manages large scale corporate coaching and custom made leadership programs.