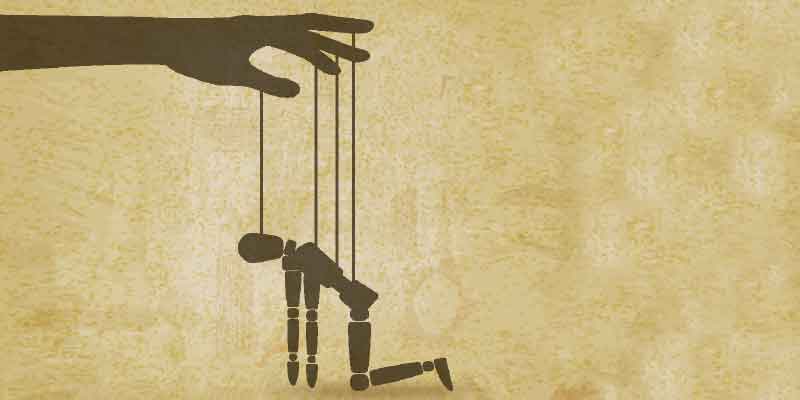 It’s an age-old question: How do you motivate people to do what’s right? For instance, you want your employees to be industrious and effective contributors to your business and your kids to be thoughtful and productive members of society. But what’s the best way to achieve that goal — control or empowerment? In other words, what works better, obedience or commitment?

If you look up the word “boss” in the dictionary it is defined as “a person who exercises control or authority.” Some folks think the role of a boss is to tell people what to do. And, if folks don’t respond to your message, to tell them there will be consequences. It’s that simple. Or is it?

Following orders is a far cry from following your heart.

What message are you sending when you proclaim, “I’m the boss,” “I know what’s best,” or “Just follow my orders — no questions asked.”

Then we’re surprised when employees don’t put their heart into their work, or kids have low self-esteem and habitually seek approval before doing anything. And of course, we conclude that they’re to blame.

Some folks think it doesn’t matter what management style you use as long as you achieve your goals. They assume that being an authoritarian, tyrant, bully, control freak (use any label you want) won’t come back to haunt you one day. That may ring true if being obedient is the same as being committed. But is it?

If you want obedience, get a dog.

Folks use several strategies to motivate people. (The first four tactics below assume that obedience produces results, while the last three practices value commitment.) Which of the following seven methods do you employ?

Pull rank. Some folks think their title makes them all-knowing and all-important — and that gives them the right to bark orders at others.

Prod with a carrot or stick. Some people reward folks for good behavior/performance and punish them if things deteriorate. They use raises, promotions, or grant additional authority as incentives, and punish people for disobeying orders or failing to achieve results.

Show recognition. Some people treat others well to get what they want. They’re kind, courteous, and respectful IF you follow their orders.

The following practices assume that commitment is beneficial to obedience:

Involve and empower. People want to make a valuable contribution rather than be treated as a cog in the wheel. As such, encourage people to participate in the decision-making process so they buy into the strategy, rather than being told what to do.

Lead by example. Referent authority assumes that leaders inspire and influence others by exhibiting strong moral character and personal values rather than position alone. As such, they earn the trust and respect of others by living a life of honor and integrity.

Provide meaning and purpose. People want to believe in something greater than themselves. Help them understand that they are part of something special and can make a difference in the world.

Control Is an Illusion

What do you lose by being an authoritarian — and “beating” employees into submission — or being a control freak and micromanaging every little thing that your kids do?

The fact is that you denigrate their confidence and rob them of the feeling that comes from facing a challenge, overcoming an obstacle, and crossing the finish line after going all out.

It doesn’t matter whether you’re a parent, manager, or leader of the free world, command and control will never outperform a team of people who are involved and committed to a cause.

Control is an illusion. Real power isn’t the result of controlling people; it’s created by empowering folks and forging commitment. By its very nature, there’s no need to force people into compliance; if you play your cards right, they’ll manage themselves. The fact is, when people follow orders, they go through the motions…but when they have a vested interest in the outcome, they follow their heart. So, don’t ask me whether obedience or commitment works better. I’ll leave that up to you.

What Works Best for You?

Additional Reading:
When Rules Outweigh Common Sense
Can Money Buy Respect?
Do You Lead by Example?
The Power of One
Living Life With a Purpose
Counterfeit Leadership