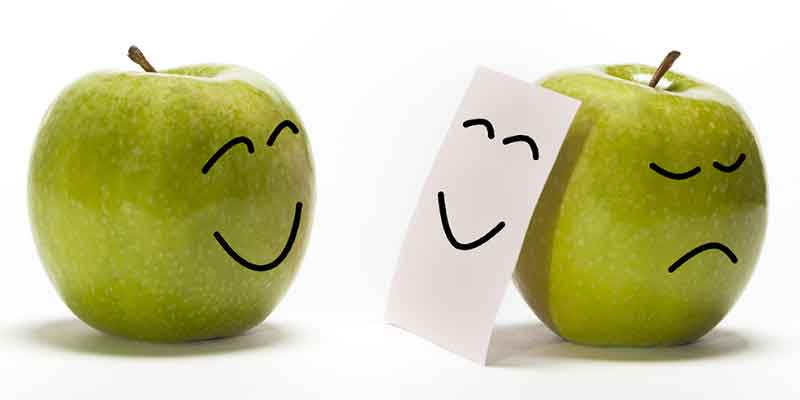 Do you know anyone who’s as phony as a three-dollar bill? They say one thing yet do another; they make rules but don’t follow them; and they live one way in public yet another in private. They’re so dishonest, they could be called professional liars. In fact, many hypocrites even lie to themselves. Are you a hypocrite?

Sometimes folks are unaware that they’re being two-faced, but oftentimes they know exactly what they’re doing. They’re trying to manipulate the truth, conceal an embarrassment, or compensate for a weak line of reasoning. In any case, hypocrites know the real truth, but they’re afraid that revealing it may have negative consequences — so they mislead.

Hypocrites know the truth but fail to reveal it.

How to Spot a Hypocrite

There are many ways that hypocrisy rears its ugly head. Here are 23 ways to spot a hypocrite. Hypocrites:

Be True to Yourself and to Others

Hypocrisy is an addiction. You dupe people once and think you can get away with it again. But although you may think that you’re fooling the world, you’re only kidding yourself. People are on to you, and the ramifications are worse than you think.

How can you be a trusted friend, respected parent, credible role model, or an effective leader if you’re living a lie? As the saying goes, “Some people are like pennies. Two-faced and worthless.”

Be the real you. Listen to your conscience. Form your own opinions. And live your life with honor. One of the best rewards from achieving success is knowing that you earned your achievements through hard work, commitment, and integrity. The same is true of living a good life. Believe in yourself. Be authentic. Live the truth! At the end of the day, be proud of what you do and who you are. After all, you have to live with yourself for the rest of your life.

Are You a Hypocrite?

Additional Reading:
Counterfeit Leadership
13 Ways to Spot a Lie
ACTIONS Speak Louder Than Words
Honesty: The Plan and Simple Truth
50 Ways to Lose Trust and Credibility
Being “All Talk” Speaks Volumes. Need I Say More?
If You Can’t Be Yourself Around Others, Who Are You?