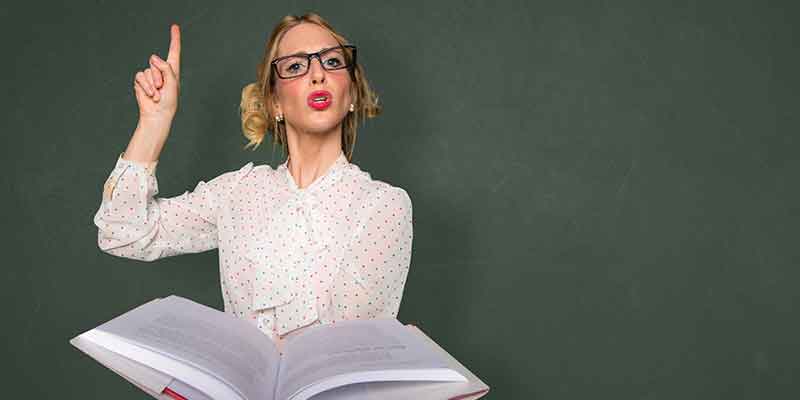 Rules essentially tell you what you can or can’t do in a given situation. There are grammar rules to construct a sentence, rules to play a sport, and even rules to tell you which side of the street to drive on. In essence, they provide structure, stability, and predictability in life. Without them, things would descend into chaos.

Rules come in many shapes and sizes. There are formal and informal, written and unwritten, spoken and unspoken, hard-and-fast rules, as well as rules of thumb. And who can forget political correctness — so-called “rules” that define “acceptable” standards of behavior. It seems like we have rules for everything.

In spite of that, rules often take on a life of their own — and defy common sense.

Rules are supposed to guide you toward desired results, but that doesn’t always happen. In fact, they can be incredibly counterproductive. For example, rules can:

Impede passion and enthusiasm. How much do unnecessary rules affect your motivation and commitment?

Reduce confidence and self-esteem. How do you feel when people insinuate that you’re clueless? “Don’t think — just follow the rules!”

Destroy credibility. What would you think of an authority figure who told you to follow nonsensical rules?

Weaken trust and respect. How would you feel if someone told you to follow the rules, but exempted themselves?

Stifle opportunities. How much does strict adherence to rules, rather than thinking outside the box, impact your creativity?

Damage commitment and loyalty. How would you feel if rules unfairly benefited some folks at the expense of others?

Reduce competitive advantage. How much time do you lose because you’re weighed down by cumbersome bureaucracy and red tape?

Increase costs and inefficiency. Can you remember one time when a rule was eliminated because it was unnecessary or no longer applicable?

Are You “Over Ruled”?

It’s not that all rules are bad. The problem is that sometimes rules are excessive, ill-conceived, and poorly applied by people who are egotistical, mistrusting, and power hungry. (Ouch!)

Some rules are so nonsensical, they’re meant to be broken.

If you want people to embrace acceptable standards of behavior and make good choices, consider an alternative way to achieve that end. Whether you’re running an organization or running a household, here are 13 guidelines to consider:

Encourage world-class education and training. Give people the means to be successful.

Cut rules to the bare minimum. Instead of continually adding rules, eliminate those that are no longer applicable.

Set the right tone. Reinforce proper norms (the unwritten rules) to help clarify the difference between right and wrong.

Switch from obedience to commitment. Motivate people by creating buy-in rather than by being heavy-handed — forcing them to follow orders.

Be explicit about goals and expectations. Present goals and the underlying rationale. Give people the freedom to choose the best way to attain them.

Show some faith. When you believe in people, they’ll believe in themselves.

Encourage people to think. Trust people to make good choices rather than micromanaging their performance.

Benchmark against the best. Encourage everyone to identify and adopt best practices.

Measure what’s important. Establish key milestones and review progress along the way. Remember to focus on the process as well as the end result.

Make your input count. Give continual feedback that is factual — not emotional; is even-handed –– examines both sides of an issue; is balanced –– sees the positive and the negative; and is open-minded –– free from personal bias.

Recognize and reward excellence. Reward people based on tangible results rather than on popularity, bias, tenure, or cronyism.

Could We Live Without Rules?

Some people are mistrusting, overbearing, and controlling, so they devise rules and regulations to keep everyone in check. But rules are not a substitute for common sense and doing what’s right. In fact, rules should come with a warning label — they can be detrimental to your health.

The fact is, if you educate and train people, instill strong moral character and encourage them to do the right thing, inspire them to do their best and to be their best, and then get out of their way, many cumbersome rules can go by the wayside. In that case, the only two rules you’ll need are to think and to follow your conscience. Can you play by those rules?

Additional Reading:
What Works Better — Obedience or Commitment?
Attention Control Freaks: It’s Time to Delegate
The Cost of Distrust
An Open Letter to Bureaucrats (A Must-Read)
Do You Lead by Example?
Thanks for a Job Well Done