Home » Blog » The Power of a Positive Attitude 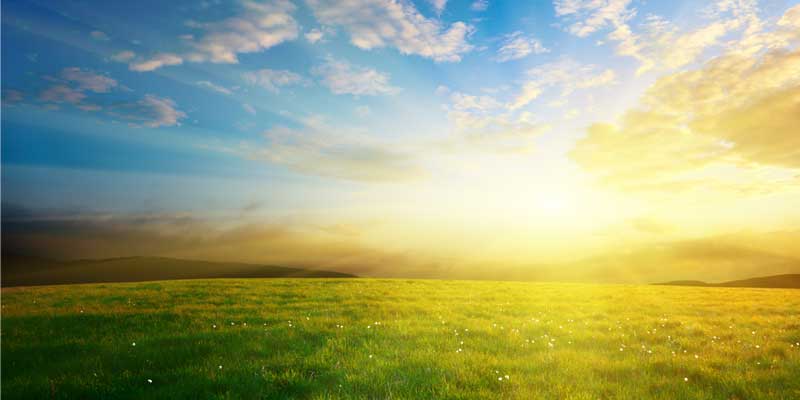 Do you think you’re a positive person? A positive mental attitude can improve your health, enhance your relationships, increase your chances of success, and add years to your life.

The fact is, most people are bombarded by negativity each day. Sure, it’s easy to cast blame by saying you’re surrounded by negative people. The reality: A lot of the negativity is self-inflicted…influenced by the company you keep and your personal perspective on life’s realities.

Think how often in the day you’re besieged by people who argue over money, worry about the possibility of failure, complain about someone’s actions, criticize mistakes, mistrust someone’s intentions, blame others to avoid condemnation, envy someone for personal achievements, and gossip about trivial garbage. (No wonder we’re exhausted at the end of the day.)

Arguments. Many arguments are the result of poor communication, the lack of open mindedness, or the clash of opposing values and principles. People also argue to force their viewpoint on others or just to let off steam.

Worry. Others worry about losing control. They desire certainty in an uncertain world. These people feel that worrying is productive, even though they’ll be the first to tell you that they’re driving themselves crazy because they can’t get these thoughts out of their head.

Fear. Some people fear the unknown. Just as pollution damages the environment, fear is toxic to individuals and companies. Fear encourages people to withdraw, keep information close to their vest, hide mistakes, and refuse to take risks. Whether their fear is caused by something real or imagined, perception is reality.

Blame. Criticizing and insulting people in front of their peers, challenging their competence, demanding impossible deadlines, and cutting them out of the information loop are tactics that create negativity. Furthermore, when something goes wrong, people often look to others to cast blame. The result is that everyone watches out for #1 — themselves.

Complaints. The reason many people complain all the time is not necessarily because they’re unhappy with their lives or circumstances. The fact is, compulsive complainers don’t even realize that they’re complaining. Perpetual complainers grumble out of boredom or a desire to turn an awkward moment of silence into a conversation starter. Or sometimes, people complain just because it makes them feel better to vent.

Mistrust. How much time is wasted and how much ill will created as a result of mistrust? People spend endless hours second-guessing intent, peering over shoulders, and creating elaborate approval processes to check and recheck.

Jealousy. When is enough, enough? We live in a society where many people aren’t satisfied with their own accomplishments. If our neighbor buys a new toy, if our colleague receives a promotion, or if the TV celebrity flaunts a new design, we want it too. The problem is, after the excitement wears off, the finish line moves as well. Whether it’s affordable, deserved, or needed never comes into question.

Gossip (our national pastime). People gossip to fit into a group, fill a void in conversation, prove that they’re in the know, take revenge on a person, put someone in their place, or merely to gain attention. Gossip is a disease spread mouth to mouth. It’s one of those distractions that keep us from focusing on our own lives.

It Pays to Be Positive

There’s a direct correlation between a positive attitude and better relationships, superior health, and greater success.

A positive attitude can boost your energy, heighten your inner strength, inspire others, and garner the fortitude to meet difficult challenges. According to research from the Mayo Clinic, positive thinking can increase your life span, decrease depression, reduce levels of distress, provide greater resistance to the common cold, offer better psychological and physical well-being, reduce the risk of death from cardiovascular disease, and enable you to cope better during hardships and times of stress.

Here are several ways to adopt a positive mental attitude:

Surround yourself with positive people. Spend time with people who are positive, supportive, and who energize you. Remember, if you get too close to a drowning victim, he may take you down with him. Pick a positive person instead.

Be positive yourself. If you don’t want to be surrounded by negative people, what makes you think others do? Learn to master your own thoughts. For example:

Be nice to yourself. Unfortunately, some people say the meanest things to themselves. If you criticize yourself long enough, you’ll start to believe it. This negativity can drag you down over time. It may be time to fire the critic and hire the advocate.

Set realistic, achievable goals. There’s nothing wrong with setting a high bar — unless you beat yourself up for not achieving your goals. The key is to build confidence by setting realistic goals and by hitting a lot of singles rather than swinging for the fences.

Keep it in perspective. Life is all about prioritizing the things that matter most in your life and focusing your efforts in these areas. This means that trivial things that go wrong every day shouldn’t get you down. Learn to address or ignore small issues and move on. It’s time to sweat the big stuff.

Count your blessings. Be grateful and give thanks for the special things in your life rather than taking them for granted. Some people do this by giving thanks around the dinner table, keeping a written journal, or posting one special item each day on Facebook. Remember, some of the greatest possessions in life aren’t material. Take every opportunity to make a wonderful new memory.

If you want to achieve happiness, better health, stronger relationships, and continued success, you may not have to look any further than the mirror. “The happiest people don’t necessarily have the best of everything; they just make the best of everything they have.”* Do you see the glass half full or half empty? True happiness may depend on how you view the world and who you look to for inspiration. It pays to be positive.

Additional Reading:
Do You Have a Healthy Mindset?
If You Believe You Can’t, You Won’t
Great Things Start with Great Expectations
Mental Barriers: What’s Holding You Back?
Do You Have a Victim Mentality?
How An Expectation Drives Performance
Are You Too Tough On Yourself?