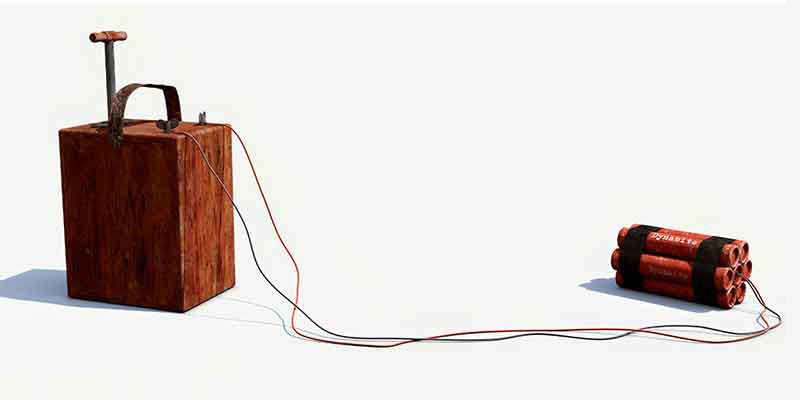 Did you ever do something stupid and come to regret it? Acting, without thinking, can destroy your career. In fact, there are countless examples of people who threw away promising careers due to reckless behavior. Will you be added to the list? Consider this a fair warning. Here are 15 simple ways to destroy your career:

How to Destroy Your Career

Give in to temptation. Some folks do unscrupulous things because they think they can get away with it. They rationalize their behavior by thinking “it’s only one time” or “if everybody does it so can I.” Listen to your conscience. That’s why you have one.

Post something inappropriate on social media. One of the best ways to destroy your reputation or disqualify yourself from a job opportunity is to demonstrate poor judgment. Be careful about what you post on social media. As the saying goes, “You can’t unring a bell.”

Treat people poorly. Some folks think that money, power, or status gives them the right to be arrogant, rude, and disrespectful. Then they wonder why their reputation is toxic and people steer clear of them. Ask yourself, would you want to be friends with yourself?

Gossip about colleagues. Talking behind someone’s back is so fifth grade. Others may think, “if you’re saying nasty things about someone today, it’s only a matter of time before you’re saying it about me.” Nothing more need be said.

Surround yourself with toxic people. Some folks let bad habits, low personal standards, or weak moral character rub off on them. Consider the impact that others have on your behavior. As Jim Rohn, author and entrepreneur, famously said, “You are the average of the five people you spend the most time with.”

Party it up. Some people let loose at company functions. After all, they’re out of the office and it’s after hours. The problem is that they’ll see those same folks in the office the next day. It’s hard to command respect after you’ve made a complete fool of yourself.

Follow the crowd. Some folks assume that others know better. Even though a group may provide comfort and security, it doesn’t guarantee that their motives are pure or that they’re thinking rationally or ethically. They may be leading you right off a cliff.

Cry wolf. Some people lose credibility by stretching the truth to gain attention. In fact, they create a false alarm so often that they lose the confidence, trust, and respect of their colleagues. When you exaggerate a story, you weaken your credibility.

Tarnish your employer’s reputation. Some folks think that what you do after hours is strictly your business. The truth is that you are a representative of your organization whether you’re at work or not. Don’t do something unseemly that will reflect poorly on your employer.

Lose your temper. Some people can’t control their emotions. (Think road rage.) Even though they want things to go back to normal after an offense, their actions aren’t easily forgotten. Take a deep breath and count to 10. If that doesn’t work, try 20.

Burn bridges. Some folks don’t think twice about sabotaging a colleague, bad-mouthing a prior employer, or quitting a job without notice. As Buddha taught, “Holding on to anger is like grasping a hot coal with the intent of throwing it at someone else; you are the one who gets burned.”

Exhibit a poor work ethic. Some people are allergic to work. In fact, they work hard to avoid working at all. If you want to share in the rewards, share in the work.

Discriminate against people. Some folks hire and promote people based on arbitrary non-performance-related criteria rather than on “the content of their character” and individual achievement. Everyone deserves an equal opportunity to succeed devoid of favoritism. View people for who they are, not what they are.

Drag people down. Some people suck the oxygen out of the room. They constantly criticize, complain, and negatively influence others. If behavior is contagious, is yours worth catching?

Win at all costs. Some folks stop at nothing to get what they want. That includes cheating a customer for short-term gain. Never win at the expense of the relationship.

Do any of these poor choices sound familiar? You’ve spent a lifetime building a career. Do you want to throw it all away due to greed, lack of good judgment, or poor moral clarity? I think not. The items listed above don’t happen to you, they are choices you make — and choices have consequences.

You don’t get ahead by being unprincipled and underhanded. You advance your career by being a good person and doing right by others. That means treating people with dignity and respect, developing win-win relationships, and living a life of honor and integrity. When you do what’s right, things have a funny way of taking care of themselves. The opposite is also true. “Nobody’s perfect” is not an excuse for being an idiot.

Check out Frank’s new book, The Path to a Meaningful Life

Do You Make Good Choices?

Additional Reading:
20 Choices That Will Determine Your Destiny
The Best Graduation Speech…Never Given
6 Ways to Know You Need a Course Correction
Make Personal Development a Priority
Job Interview Tips from a Marketing Guru
Simplify Your Job Search