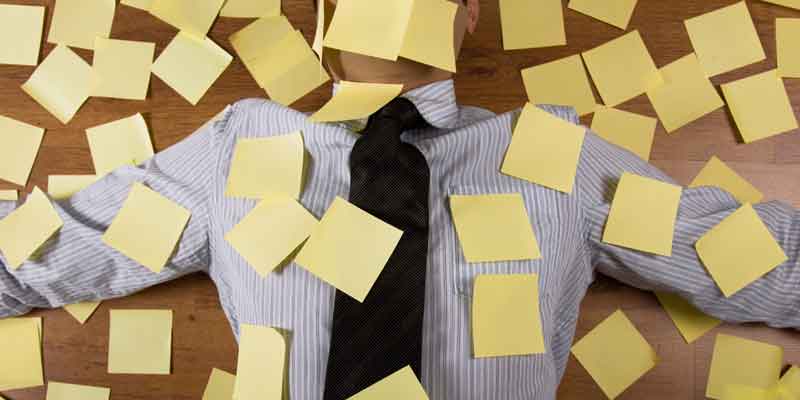 Are you the type of person who feels guilty saying “no”? Sure … it’s easy to bow to everyone’s wishes, say “yes” to their requests for help, or follow the crowd. But you’re not doing yourself any favors by avoiding the forbidden word. In fact, there are definite times when saying “yes” is a no-no.

Every choice you make is like a seesaw, whereby saying “yes” to one thing results in forgoing something else. For example, if you’re helping someone address his or her priorities, you’re not tending to your own. That’s fine if you’re conscious of the costs and comfortable with the consequences of your decision, but many people don’t focus on the price that they pay. Here are some tradeoffs that we face each day. Is “no” in your vocabulary?

Focus. If you try to be good at everything, you’ll end up being mediocre at everything. So be careful to choose where you want to excel.

Resource allocation. Spending time and money on unimportant stuff often forces you to say “no” to things that matter. So concentrate your resources rather than making across-the-board decisions.

Priorities. When you’re hijacked by other people’s priorities, you don’t have time to tackle your own. So make your priorities a priority.

Self-respect. When you constantly seek approval, you give more weight to another person’s opinion than to your own. So take ownership of your life decisions rather than relinquishing that responsibility to others.

Balance. When you’re constantly on the run, you don’t have time to smell the roses. So don’t try to fill your calendar each day. Happiness is a result of balance rather than intensity.

Personal values. When you succumb to peer pressure, you may live to regret your actions. So hold firm to your beliefs and values.

Happiness. When you spend more time doing have-to’s rather than want-to’s, other people’s happiness becomes more important than your own. So make it a habit to say “no” every once in a while –– before you become resentful.

Attitude. When you allow negative and unethical people to pollute your thoughts, you’re forced to carry a heavy load. So carefully choose the people with whom you associate.

Productivity. Just because some people waste their time doesn’t entitle them to waste yours. So know when to say you have to pass.

Shortcuts. Get-rich-quick schemes rarely pan out in the long run. So don’t allow yourself to be talked into every harebrained idea.

Appetite. If you always focus on what you don’t have, you’ll never be satisfied. So be grateful for the things you do have in your life and stop being obsessed with more.

Conscience. Never let anyone tempt you to compromise your integrity. So listen to your conscience. That’s why you have one.

The bottom line is that saying “NO” is a no-brainer!

Say Yes to No

Some people feel that saying “yes” is kind, polite, and fair. Others feel it’s easy, less confrontational, or that they’re following the path of least resistance.

The reality, however, may be contrary to conventional wisdom. Just think … you have time for everyone, except the people you care for most; you have to stay late because you were helping everyone else do their work; you try to keep everyone happy, even though it’s making you miserable; you agree to go out every night, even though you’re close to exhaustion. No. … Enough!

I know you want to be kind. I know you don’t want to let people down. But think about the consequences. What do you gain by making time for others, but none for yourself; becoming wildly successful, but having no time to enjoy it; listening to other’s opinions, but rarely your own; working your heart out, but having nothing to show for it; following the crowd, but then feeling guilty for lowering your standards. Does that sound reasonable? “NO WAY,” you say! So then — know when to say no, and begin saying it.

Additional Reading:
Make Time: There’s No Dress Rehearsal in Life
Dilemma: Have to vs. Want To
The Choice is Yours
It’s Time to Sweat the Big Stuff