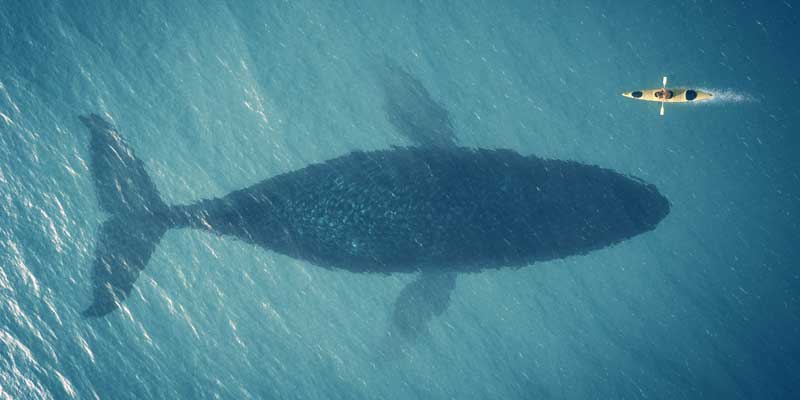 “My pancakes. I can’t believe they’re cold!”
“Hey, idiot, watch where you’re going. You cut me off.”
“If those kids don’t turn down the music, I’m going to let them have it!”
“I can’t believe I’m waiting at home again for the repairman.”
Do you get soooooooo sidetracked by minutiae that you don’t have the time or the energy to manage the priorities in your life? If so, you’re probably working too hard for the wrong reasons.

Are Your Priorities Hijacked by Trivia?

It’s very common today to let other people hijack your time with their priorities. The end result is that you work harder and harder each year only to find you’re running on a treadmill to nowhere, going miles out of your way to save a few pennies, arguing with someone over something very trivial, or chasing insignificant opportunities down a dead-end street. Unfortunately, the results are all the same…

You’re exhausted at the end of the day and wonder why you didn’t get anything done. You’re so sidetracked that you miss out on important moments that can’t be replayed. You’re running so hard that you don’t stop to consider whether you’re going in the right direction.

Think about it…How much of your day is filled with interruptions? Do you spend more time developing to-do lists or getting things done? Do you measure progress by checking off items or by providing real value? Are you satisfied with the balance that you’ve achieved between work life and home life? Are your New Year’s resolutions a wish list or an action plan? Do you spend most of your time doing things that you enjoy? Or spend most of your day reacting to circumstances? Ask yourself, “If I stopped performing half of my current activities, would it even matter?” Would you know which half to stop doing?

Folks, it’s time to get a life — and set some priorities.

The best place to start is to identify what is really important TO YOU, and then start eliminating the distractions that threaten to take you off course. Here are some of the ways we all get sidetracked from completing our priorities:

Trivial pursuit. Some people have lost perspective. They get so caught up with trivial details that they lose focus on the big picture — the things that matter most. They’re too close to the trees to see the forest.

Going through the motions. Some folks keep themselves so busy they don’t have time to think — much less set priorities. Being busy and being productive are not synonymous.

First in, first out. Then there are the types of people who live their lives according to pseudo-priorities. If it’s the next item on the to-do list or the top item on the pile, it’ll get done. Otherwise, don’t count on it.

Firefighter. There are those who spend every waking hour putting out fires. Everything, every day, is a priority…actually, an emergency. (They confuse the act of running around with making progress.)

What if? Some people waste precious time worrying about what could go wrong rather than advancing important priorities. The truth is, fear of failure is almost always worse than failure itself.

The squeaky door. Some people let others determine their priorities. Those who scream the loudest receive the most attention. (Just because someone says it’s urgent doesn’t mean it’s important.)

Flying off the handle. Some folks let everyday irritations divert their attention from achieving important priorities –– as well as ruin their day. (If you don’t achieve your goal, that’ll be a real reason to get upset.)

Me, too. Other people let petty jealousy and keeping up with the Joneses drive their priorities. (If the guy next door has a toy, they want it, too.)

Life’s a routine. Some lost souls let inertia determine their priorities. People are creatures of habit. They think that since it has been done in the past, it probably warrants being done again — whether or not any rationale exists.

Living for the moment. Some people let their short-term needs establish their priorities. Long-term goals are placed on the back burner because their consequences won’t be felt for years. (Their day will come.)

On a mission. Some people are like a guided missile — hell-bent on achieving a goal — at the exclusion of everything else. They won’t deviate from their target even if there’s a high price to pay.

All the eggs in one basket. Others are so far down a path — and have so much invested in the outcome — that it’s too late to turn back. (Even if they’re sprinting down a dead-end street and about to hit the wall.)

Catch-up. Some unfortunates are in the hole so deep that their time is spent trying to dig themselves out. (Priorities aren’t a priority.)

Priorities: Time to Take Back Control

If you don’t establish priorities for yourself, you’re drifting. If you don’t draw a line in the sand and determine the things that you care about most, you’ll never dedicate the time, effort, and resources required to achieve success. Without priorities, decisions will be made haphazardly — without focus. Short-term actions will rule the day, and you’ll continue to let other people determine your priorities and control your life. Furthermore, when you fail to establish priorities, the tendency is to try to do it all. When everything’s a priority, you know what that means…a sure road to burnout, or desperation…take your pick.

Time is ticking away. How much of your day is spent reacting to situations, putting out fires, or complying with other people’s requests? Will you look back one day and say that you took control over your destiny or wonder where all the time went?

There will be times during your life when you’ll have to make difficult choices. The short- and long-term priorities that you choose, beforehand, will serve as guiding stars to point you in the right direction.

Nobody can (or should) define success and happiness for you…unless you let them. Taking (back) control of your personal path to happiness/satisfaction/achievement is not going to happen by itself. You need to act.

Ask yourself, “What three things can I do today to make sure that each and every moment matters?” And when you look back on your life, what three priorities will have defined your success and happiness? Live every day as if it were your last. One day it will be. Meanwhile, it’s Time to Sweat the BIG Stuff.

Additional Reading:
Living Life on the Edge
There’s No Dress Rehearsal in Life
How Heavy Is Your Baggage?
Moments of a Lifetime