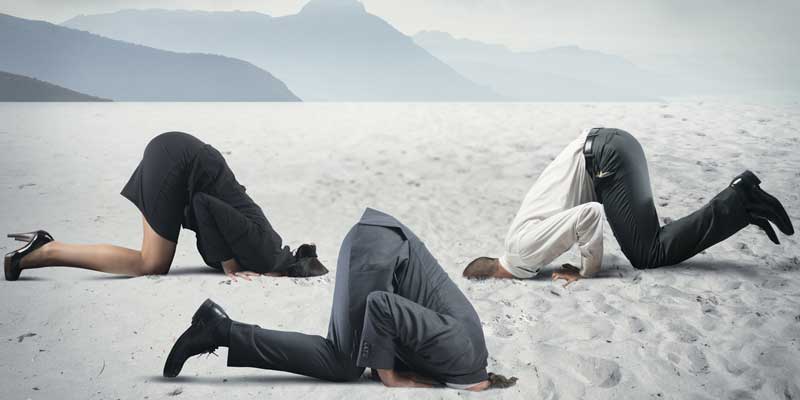 One of the most destructive forces in a company is caused by fear. Just as pollution damages the environment, fear is toxic to companies. Fear destroys creativity, shatters loyalty, and discourages people who want to “do what’s right.” While some managers use fear to stop an activity, this tactic never inspires anyone to perform at their best.

When people play it safe rather than sailing uncharted waters, they limit opportunities and often put off decision making.

Moreover, fear instills a real sense of powerlessness, discouraging people from openly questioning things, challenging the status quo, or confronting someone when they think something is wrong. When people are afraid to make suggestions or say what’s on their minds, or feel that speaking up is a waste of time, innovation and creativity die.

Fear also causes people to withdraw, cover mistakes, and misrepresent facts. It teaches them to keep things close to the vest and discourages them from sticking their necks out because trying something new may leave them open to criticism. It makes employees hesitant to discuss problems with others, for fear they will leave themselves open to ridicule.

In fact, according to studies, companies that promote fear destroy creativity, commitment, and confidence. The result is a workforce that has been described by Judith Bardwick, author of Danger in the Comfort Zone, as: “Narcissistic: I’m watching out for number one. Paranoid: I think everyone is out to get me. Territorial: I’m grabbing my turf and surrounding it with barbed wire. Rigid: I’m hanging on to what I know. Cynical: I’ll believe it when I see it. Political: I’m keeping my eyes open.”

When this kind of environment is allowed to flourish, things get ugly. It is much like the picture William Golding painted in Lord of the Flies, where civilized children became savages to protect themselves. In the same way, people will do just about anything to save their hides, including finger-pointing and engaging in witch hunts. In these organizations more time is spent covering up tracks than working. Passing the buck and putting everything in writing become cultural norms. No one challenges the status quo, goes out on a limb, or reports problems for fear of being labeled a troublemaker. Everyone spends their lives in meetings and on committees in order to avoid decision making. People avoid responsibility like the plague. Inaction is justified as not rocking the boat or as maintaining the status quo. As time marches on, minor disturbances grow into major problems. And perhaps most important, in an age of rapid change, the inaction, procrastination, or wasted time that results from fear keeps employees from learning skills that are vital to a company’s success.

Additional Reading:
Do You Work in Fear?