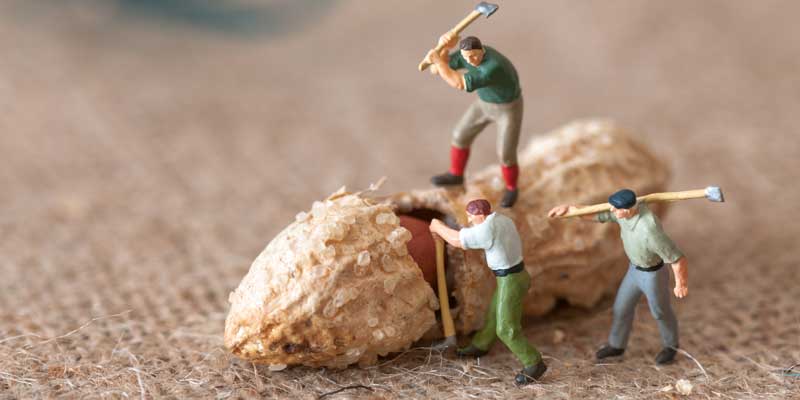 “Starting a business is no picnic. It consumes your entire life for the first few years.”

“When you ‘hit the wall’ during a race, it’s really tough. Your head says go, but your body says no.”

When you hear the words of a flourishing entrepreneur, an aspiring physician, a world-class athlete, or a celebrated musician, you’ll find that they’re likely to mention the hard work and personal sacrifices they endured in their relentless pursuit of success.

They may talk about waking up each day at the crack of dawn and pushing themselves to their personal limit. You’ll forgive them if they boast about their “never-say-die” attitude, even though they may have been tempted to quit along the way. They might admit to the nervous feeling of putting everything on the line without knowing if their undertaking would ever pan out. Or recall the days when they were physically and mentally exhausted, yet they managed to find the perseverance and inner strength to endure. And of course, it wouldn’t be surprising to hear that they had experienced failure several times before they ultimately achieved success.

These people persevered through so much — sleepless nights, time away from their family and friends, and possibly risking everything they owned. Yet, if you asked them whether they’d do it all over again, you’d hear a resounding YES!

Sure. They appreciate the blue ribbon, the recognition, and even the monetary rewards. But the ultimate prize is the satisfaction in knowing that they faced tough odds, gave it their all, and finished as winners. They deserve every reward that comes their way. Their success was earned.

Compare this hard-won success with someone who receives his or her reward through luck, inheritance, favoritism, or a handout. Or, more pointedly, by gaming the system, cheating others, or misrepresenting personal achievements. It was this very reality that moved author Sam Ewing to observe, “Hard work spotlights the character of people: some turn up their sleeves, some turn up their noses, and some don’t turn up at all.”

While they may have secured the trappings of success, they can’t take pride in knowing that it was earned through hard work and effort. Importantly, according to research, people who feel that their success was unearned spent about 25 percent more time feeling sad than those who earned their success.

Here are some examples of success earned the easy way:

Easy Street. Some people receive a job offer through nepotism or are granted a promotion because of friends in high places. Others strike it rich by receiving a BIG inheritance or winning the lottery. These people walk right to the front of the line with little to no effort on their part.

Winning the Wrong Way. Some folks never miss an opportunity to win at any cost. This includes cheating to get a good test grade, stretching the truth for personal gain, breaking a sports record using performance-enhancing drugs, or conducting business in an unethical fashion. I wonder if the prize helps them sleep at night.

On the Take. There are people who take things that don’t belong to them (no surprises here). This includes accepting an undeserved promotion or stealing the credit for someone else’s hard work.

Winning on the Backs of Others. Some people feel entitled to a reward regardless of whether or not they’ve earned it. These folks revel in salary actions based on tenure or group membership, rather than on merit. When rewards ignore individual performance, the incentive to strive for excellence is lost.

Working the System. It’s only reasonable that society provide short-term support to lift up the downtrodden. But this is in contrast with those who make a career out of receiving support. Government programs were originally intended to be a safety net, not a way of life. When we help people or organizations too much, we disempower them, rendering them totally dependent.

Hard work builds character, contributes to success, and promotes happiness. When people are rewarded for just showing up rather than for earning their way, it reduces confidence, promotes dependency, and robs individuals of their personal dignity.

When any part of the human body hasn’t exercised properly, it will atrophy. This is also true of the spirit — people who are passionate to achieve excellence. When we ignore the contribution that individuals make, it acts as a “demotivator,” making their organization, and ultimately their country, unable to compete.

We must celebrate not only success, but also the journey traveled and the signal accomplishments along the way. “I have learned that success is to be measured not so much by the position that one has reached in life as by the obstacles which he has overcome while trying to succeed,” noted Booker T. Washington in Up From Slavery: An Autobiography. When you discourage individual initiative, you’ll get less of it.

America is the land of opportunity. Our forefathers grew up with the dream that they could promise their children and grandchildren a better life than they lived. Today’s children shouldn’t expect anything less. Every generation has risen to meet the challenges before it. No one said it would be easy. Now it’s our turn to rise to the occasion by celebrating and rewarding success. Earning it the old-fashioned way helps to make us great.

Additional Reading:
Personal Responsibility: The Buck Stops with You
The Choice is Yours