Home » Blog » Bluffing Your Way to the Top 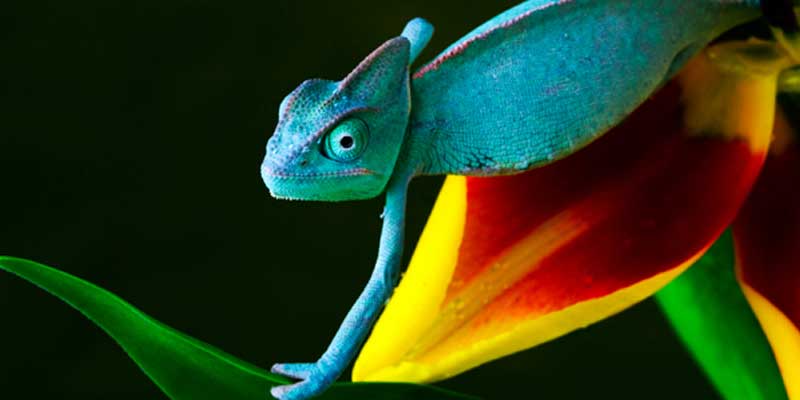 Remember the days when you were in school, and you studied your tail off for an exam? You celebrated when you received your grade only to find out that one of your classmates, who had partied the night before, blew the socks off the exam because he had gotten a hold of the test questions beforehand.

Well, you thought that after you graduated, you had left all that baggage behind. Then you find out that these same characters are soaring through the corporate ranks because — you guessed it — they’ve learned how to “play the system.”

Well, I’ve got a message for these counterfeit superstars: If you think you can bluff your way through life, you’ve got something coming.

Eventually, people see right through these shortcuts to success. In fact, these counterfeit superstars are living on borrowed time. The day will come when their ways will come back to bite them. GOTCHA!

Despite the fact that the majority of people play by the rules and try to do the right thing, there are a number of bad actors in every organization who have no problem advancing their careers on the backs of others. Here are some you may recognize:

Emperors. These people climb the corporate ladder by capitalizing on who they know and where they’ve been, rather than on what they’re contributing today. They may have friends in high places, have their walls filled with diplomas, or have previously worked for a blue-chip company. They’re like an oasis. They may look wonderful from a distance, but the closer you get, the more obvious it becomes that it’s all just a mirage. In this case, emperors truly have no clothes.

Pretty Boys (or Girls). These people really look the part. They are the trendiest dressers, belong to the finest country clubs, and look like they could be on the cover of Vogue or GQ. Similar to Emperors, the Pretty set rise up the corporate ladder based on appearance rather than performance. But their veneer is thin, and when the spotlight gets too bright, you can begin to see right through them. In this case, you shouldn’t judge a book simply by its cover.

A– Kissers. These people spend all their time fawning over their superiors. You need to reduce costs? No problem. We just won’t give people raises this year. (Too bad there’s only enough for management.) These A– Kissers spend 99.9 percent of their time in closed-door management meetings with little time to provide direction for their own team — regardless of the impact that it has on results. In this case, it’s only a matter of time before their people say “ENOUGH!” and tell THEM to kiss off.

Delegators. They say there are only two kinds of people, those who are willing to work and those who are willing to let them. These counterfeit superstars are in the latter group. They have the power to say: “You want something done? No problem. In fact, rather than get it to you by Friday, how about tomorrow morning?” Then they get their staff to stay late while they walk out the door at 5 p.m. These people always volunteer for more work; are calm, cool, and collected; and have the cleanest desks in the office. How is that possible? It’s because they delegate everything! In this case, the only thing that stops at their desk is the credit they don’t deserve, not the work.

Schmoozers. These folks could win an award for Mr. or Ms. Congeniality. Everybody loves them. Schmoozers know all the ballgame stats; they know how to tell a joke; and they’re up-to-date on the inside dirt. Their colleagues like them so much that they don’t mind taking on their workload while the schmoozer is entertaining clients elsewhere. In this case, work is a party for schmoozers.

Bystanders. These slouchers do just enough to get by. They’ve been with the organization for a zillion years, rarely speak up, never make waves, and would make themselves invisible if they could. They spend their day moving piles of paper on their desk while they watch everyone else go crazy trying to get the job done. In fact, when they’re out on vacation, nobody even knows they’re missing. In this case, the last survivors on Earth, along with cockroaches, will be the bystanders.

Scavengers. These are the types who take the credit for everybody else’s work. They surround themselves with wonderful, talented people and spend the day determining if there’s an idea worth stealing and fine-tuning their personal PR machine. In this case, they’ll continue to rise up the company ranks as long as their “credit” remains good.

Busybodies. These individuals spend their whole day trying to prove how busy they are — rather than getting anything done. Whenever they’re asked to do something, they spend twenty minutes describing how much work they have on their plate. In this case, if busybodies ever needed a role model, they could look to a turnstile — it’s out in front, goes around in circles, creates wind, but never gets anywhere.

Any of these personality types sound familiar? Don’t get angry if you know some of these people — they’ll get their due. They think they’re fooling the world, but, sooner or later, everyone catches on to them.

Chances are they started pulling small stunts when they were young, and then refined their game over time. Why? Because they’ve had to…they’re not competitive in a fair contest and the only way they feel they can win is by bending the rules in their own direction.

The fact is, by pulling their antics, these counterfeit superstars not only make colleagues row harder to compensate for their deficiencies, they steal the spotlight from very talented people who deserve the recognition. This destroys morale, hurts productivity, and damages competitiveness.

Sounds a bit bleak for the HONEST-DAY’S-WORK folks, doesn’t it? Don’t give up. And for goodness’ sake, don’t feel that you have to become one of them to succeed.

As time goes on, you’ll be able to look back on a life distinguished by integrity and self-respect. Meanwhile, these counterfeit superstars will start believing their own press, and they’ll get sloppy. Or they’ll go over the edge due to the pressure of their own duplicity. Or — ultimately — if they’re not caught, they’ll meet their match when they run into someone else who beats them at their own game. GOTCHA!