Home » Blog » How Do You React to Negative Feedback? 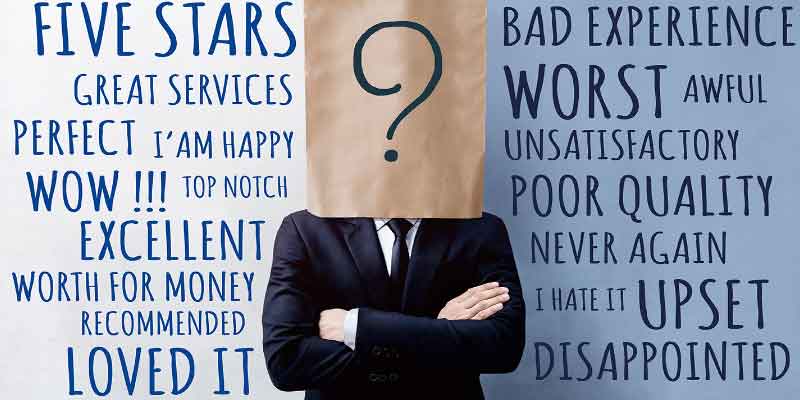 How do you react to being told that you did a poor job? The first option is to defend yourself and try to prove the messenger wrong. The alternative is to ask why? While the first way may protect your ego, the second approach demonstrates your desire to learn — and to do things better next time. How do you react to negative feedback?

If you’ve ever watched a dance instructor, mentor, or football coach in action, they continually offer constructive feedback to improve the recipient’s game. The recipient knows full well that the feedback isn’t given in malice; rather, it’s an opportunity to grow. The fact is, if you don’t learn from the first time you perform an activity, you’ll do it the same way in the future. Practice doesn’t make perfect if you’re doing it wrong.

“It’s uncomfortable to receive negative feedback,” you might say. So you send signals that you don’t want it. You rationalize that if you don’t know your weaknesses, you don’t have any. The reality is that closing your eyes to problems doesn’t make them disappear. What you don’t know can hurt you.

Here are 10 mindsets that can cause people to discourage feedback:

Possessing a poor attitude. Some people view feedback as a slap in the face.

Acting self-important. Some folks think they know it all.

Being worried about your reputation. Some people feel that requesting feedback is a sign of weakness and will reflect poorly on them.

Being introverted. Some folks are too timid or shy to ask for feedback.

Acting delusional. Some people think that if they don’t know their faults, they don’t have any.

Displaying arrogance. Some folks think they’re superior. “What do others know, anyway?”

Being self-critical. Some people believe that having flaws constitutes failure.

Feeling too busy. Some folks don’t have time for feedback — even if it makes them more effective.

Displaying a lack of self-confidence. Some people don’t want to be judged — even if it’s constructive.

Being lazy. Some folks believe that if they don’t ask for feedback, they don’t have to act on it.

When you think you’re superior, when you’re too timid or shy, when you act like a know-it-all, and when you don’t have time to request feedback, the result is the same. You become blind to your flaws, and your weaknesses become permanent.

When people don’t learn from mistakes, their mistakes often turn into bad habits.

You can get feedback from a role model, mentor, friend, family member, teacher, coach, customer, supervisor — the list goes on. The simple way to look at feedback is if you had the opportunity to do an activity again, how could you perform it better?

It’s important to note that negative feedback is the first step toward personal growth. The only thing worse than not requesting feedback is not acting on it. When you ask for feedback, and fail to act on it, you discourage people from offering it to you again in the future. That doesn’t mean you have to implement everything suggested. But when folks give of their time to help you, the least you should do is circle back with them.

Learning Is as Much an Attitude as It Is an Activity

It doesn’t matter whether you’re an experienced old-timer, top executive, rising star, or master teacher, you always have something to learn. Most people who make it to the top of their game do so, in part, by viewing feedback as an opportunity to better themselves — rather than as criticism or a cause for embarrassment. They know that lessons in life will be repeated until they are learned.

Here’s some free advice. If you discourage negative feedback, you’re only hurting yourself. In effect, you’re saying that you’ve made it to the top of your game so there’s no room for improvement. Once you say that, one thing is clear: You’ve reached the top of your game and are on your way down. The converse is also true. Feedback turns good into better and better into best.

What Are Your Thoughts About Negative Feedback?

Additional Reading:
Criticism is Not Feedback
How to Give Feedback
Are You Open- or Closed-Minded?
Do You Have a Big Head? You Be the Judge