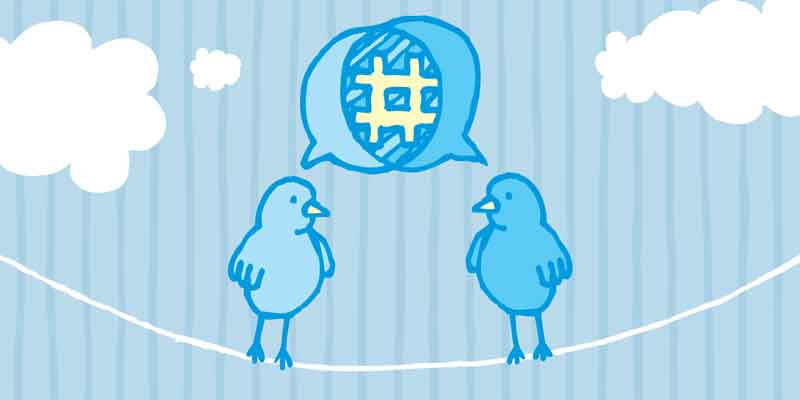 Twitter is a megaphone to the world. It’s remarkable how far a good idea can travel on social media. I am still amazed to send out a tweet and see it retweeted from South Africa, Australia, and the Philippines in seconds. Remember, a bad one travels too. So focus on the quality rather than the quantity of your messages.

140 characters say a lot about you. You’d be surprised how much your Twitter feed says about you. For example, what percentage of your tweets promotes other people’s ideas versus talking about yourself or your company? (ouch)

You are what you do. Be conscious of the impression that you make. For example, some people tweet too often –– every couple of minutes –– without providing any value. This is like raising your voice to get noticed in a crowd. (You may get noticed, but it won’t be positive.) Furthermore, if you send out “garbage” (the equivalent of junk mail), people will stop listening to you. Also, read everything before you share it. (Your tweet may be construed as an implied endorsement.) Are you comfortable with the message that you’re sending?

Talk isn’t cheap. When you have a conversation on Twitter, thousands of people may be “listening” in, and your message is permanent. Remember that your life is an open book on Twitter –– view it that way.

Forget about the numbers. The question isn’t how many followers you have, but how many relationships you’ve built.

Make people feel special. Even though you may have thousands of followers, try to get to know people on a personal level. Think of Twitter as two-way communication or a dialog, rather than simply pushing a message out the door.

Be a giver. Instead of focusing on what you can gain from your followers, consider what you can offer them. Too many people focus on “what’s in it for me.” It doesn’t take much to spot a taker. The truth is, trust is built over time. As a general rule of thumb, if you wouldn’t do or say something in a face-to face relationship, it’s not appropriate on Twitter.

The world is at your fingertips. You can meet some very incredible people on Twitter. Don’t be shy. Tap into the vast resources.

Take Twitter relationships to the next level. Twitter provides an excellent introduction. What are the odds that you can make wonderful new friends? Well … that’s up to you.

Like anything of value in life, relationships require time and energy. I can tell you from experience that the rewards of Twitter are tremendous. I’ve seen people conduct research, seek expertise, identify new candidates for hire, converse with celebrities, and develop meaningful relationships. For me, the power of Twitter exists in turning 140 characters into a lasting relationship.

The potential of Twitter is limitless, but it’s up to you to make it happen. As Muhammad Ali once said, “Friendship … is not something you learn in school. But if you haven’t learned the meaning of friendship, you really haven’t learned anything.”

Additional Reading:
There’s More to Friendship Than Friending
Networking Tips: Make Networking Work For You
How Are You Viewed on Social Media?
Giving: The Most Important Lesson in Life