Home » Blog » Are You Worried for Nothing? 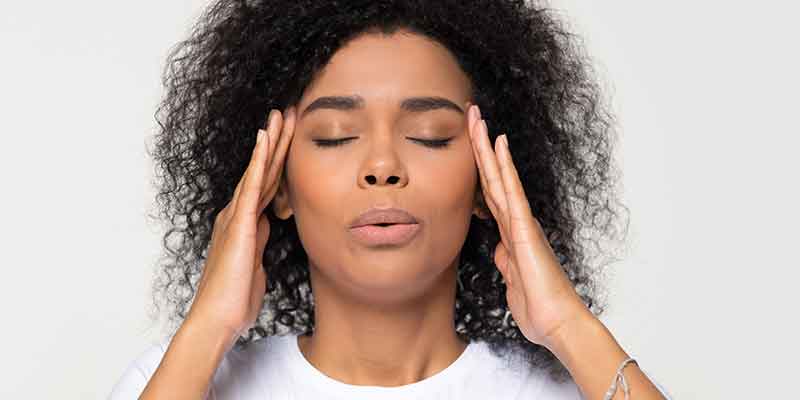 We all worry about things. It’s only natural. In fact, most people worry about similar things, such as having enough money, remaining in good health, performing well at work, and maintaining good relationships. Some people even worry about getting old. Essentially, we worry about what may happen, what can go wrong, and whether we’ll be able to do anything about it. Did you ever ask yourself whether you’re worrying for nothing? As Erma Bombeck, the American humorist, said, “Worry is like a rocking chair: it gives you something to do but never gets you anywhere.”

Sometimes, worrying is productive. It forces us to anticipate and prepare for life’s challenges — and it keeps us on our toes. But for many people, worrying isn’t constructive, and it can become a mental health issue. The truth is that we all have incredible imaginations. What starts out as an innocent “what-if” scenario, can easily spiral into a frightful experience that takes a toll on your mood and can even impact your health and well-being. In fact, it can get so out of hand that it becomes debilitating.

Don’t believe everything you think.

Are Your Worries a False Alarm?

You know what it feels like to be worried about something. You wake up in the middle of the night and wonder whether something bad might happen. Although you know that the possibility is remote, the longer you stew over it, the scarier it becomes. Even though you know you’re not being rational, the mere possibility of it occurring sends you into a frenzy. You wake up in the morning exhausted and can’t shake the fear that the event might happen. It’s like having a song in your head that you can’t escape from. Before you can say “shake some sense into me,” you convince yourself that bad things are going to happen.

When most people have a nightmare, they wake up and think, “Whew. I’m glad that was only a dream.” That said, how often do you admit that worrying is part of your vivid imagination?

What lessons can we draw from this?

First, take inventory of the many times your worries never came to pass. I’m sure you realize that you worried for nothing.

You’re not alone. According to a study, over 91% of worry predictions don’t come true.

Second, if the things that you worried about did occur, ask yourself whether the end result was as bad as you feared. The fact is that most of these situations are blown out of proportion. What’s more, you may learn that the anticipation is worse than the reality.

The next time you worry about something, ask yourself whether you’re being rational. Is all of the nail biting, heartache, and sleeplessness warranted or are you overreacting? If most of the things that people worry about never come to pass, pause next time — before you send yourself into a panic. After all, if you stop worrying, it’ll be one less thing you have to worry about.

What Are You Worried About?

Additional Reading:
Don’t You Worry About a Thing
It’s Beyond Your Control
30 Powerful Tips to Reduce Stress in Your Life
It’s YOUR Life. Are You in Control?