Home » Blog » The Biggest Mistake, Ever! 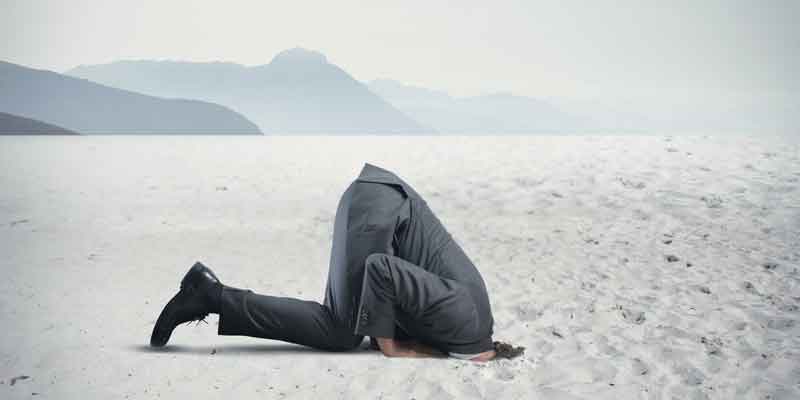 Mistakes have a negative image. So we hide them, play the blame game, or beat ourselves up when they occur. In fact, these actions compound our mistakes by creating stress and anxiety, damaging relationships, squandering time and money, and most importantly, often causing us to repeat the same mishap over and over again. The truth is, mistakes aren’t inherently bad –– what counts is how we view and react to them. How do you respond to mistakes? Do these actions sound familiar?

How Do You Respond to Mistakes?

Avoidance. Trying to avoid mistakes at any cost can be very costly.” As Albert Einstein said, “A person who never made a mistake never tried anything new.”

Repetition. When you run into a wall, don’t dust yourself off and run into it again. Learn.

Inattention. Learn from other people’s mistakes rather than reinventing the wheel –– and making every mistake yourself.

Judgment. Mistakes don’t make you a failure, but beating yourself up makes you feel like one.

Dishonesty. It’s one thing to make a mistake and quite another to commit one intentionally by being deceitful.

Denial. No one wins the blame game. Pointing fingers prohibits learning or progress from taking place. It’s time to face the music.

Trapped. Dwelling in the past won’t help you today.

View Mistakes as an Opportunity Rather Than a Weakness

People fear mistakes because they’re reprimanded and ridiculed for them. As a result, we become defensive when they occur. Imagine how we’d act if mistakes were a welcome way of life? As Ralph Nader said, “Your best teacher is your last mistake.”

Encourage risk taking. If mistakes were welcomed, you’d encourage risk-taking rather than defensive behavior. Mistakes would mean that you’re setting “stretch goals” –– leaving your comfort zone and attempting something new.

Welcome feedback. If mistakes were welcomed, you’d feel supported by constructive feedback rather than attacked by biting criticism. You’d feel exhilarated rather than stressed out.

Stimulate learning. If mistakes were welcomed, you’d feel comfortable sharing your mistakes rather than hiding from them. You’d know that sharing fosters learning. Why should other people learn from their mistakes when they can learn from yours?

Encourage teamwork. If mistakes were welcomed, you’d shift from a destructive to a positive environment. Finger-pointing and back-stabbing would give way to civility and mentoring.

Trusting partnerships. In business, if mistakes were transparent, communication with vendors would flourish and artificial walls would be torn down. Vendors would be treated more as allies than as adversaries.

There are two exceptions to the rule. First, there’s no excuse for making the same mistake twice. When people don’t learn from mistakes, their mishaps often turn into bad habits. Second, while an error in judgment is acceptable, lack of integrity should never be tolerated.

Make No Mistake About It

When mistakes are made, our actions shift from doing the right thing to covering our behinds; to pointing fingers rather than accepting personal responsibility; hiding errors rather than fixing them; allowing wasteful projects to linger rather than shutting them down; and letting small problems become big ones because they’re inadequately addressed. The result is that learning is brought to a complete standstill –– making it more than likely the same mistake will be repeated. It shouldn’t be that way.

The time has come to view every mistake as an opportunity rather than a weakness. This change in outlook will stimulate personal growth, strengthen relationships, and enhance efficiency and effectiveness. The truth is that there shouldn’t be shame in making a mistake. The disgrace should be in failing to admit, correct, and learn from it. The bottom line is that the difference between mediocrity and exponential personal growth is how you view your mistakes. Make no mistake about it!

Additional Reading
A New School of Thought: 8 Great Ways to Learn
The Blame Game
Honesty: The Plain and Simple Truth
Personal Responsibility: The Buck Stops With You