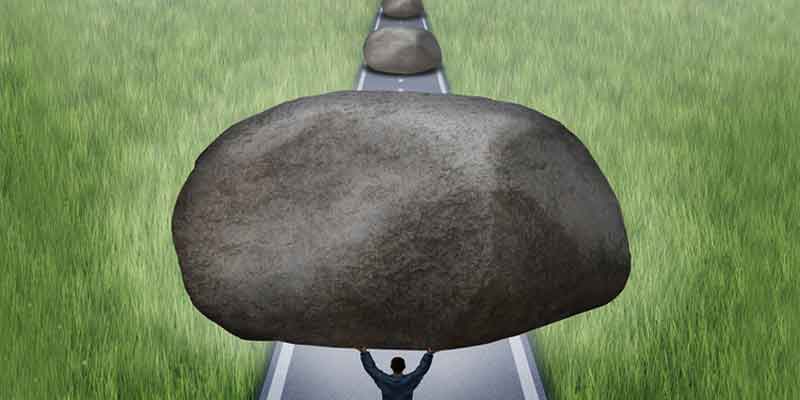 You blew the test, you lost the game, and you made a complete fool out of yourself in front of everyone. (Ouch.) But worst of all, you’re beginning to doubt yourself, and you’re starting to view yourself as a failure. Please don’t do that! Failing one time — or even several times — doesn’t make you a failure any more than losing one game makes you a loser. Believing you’re a failure, however, can make you act like a failure and that can become a self-fulfilling prophecy.

Failing comes in three flavors. First, despite our best efforts, there’s nothing that you can do to prevent accidents, as they are by their very nature out of your control. Second, everyone makes mistakes, such as poor choices or misjudgments … no one’s perfect. The third type of failures –– errors –– is preventable. They’re caused by carelessness, inaccuracy, or poor judgment. For the most part, people are very forgiving if you make an honest mistake or act out of character on occasion. But when improper actions — such as lying, cheating, or stealing — are repeated or intentional, your reputation suffers. Even if you offer a heartfelt apology after a transgression, it can still take considerable time and effort to recover.

How Should You React to Failure?

Be realistic. If you demand perfection of yourself, you’re setting yourself up for disappointment.

Be nice to yourself. Don’t tear yourself down for failing. You don’t speak to others that way, so give yourself a break.

Get back on the horse. Don’t wallow in self-pity. Obsessing over failure won’t make it better. You cannot change the past, but you can affect the future.

If All Else Fails

Failing should be viewed as a hurdle rather than a roadblock. Successful people aren’t discouraged by failure. They know that every worthwhile goal carries some element of disappointment. Failure is a challenge to be overcome, a test to defy your will, and in the end, a learning opportunity. For others, failure is viewed negatively as an opportunity to feel sorry and complain, a reason to belittle oneself, and an excuse to give up too quickly.

The fact is, it’s important to remember that most successful people fail BIG TIME before reaching the pinnacle of success. According to Business Insider:

Thomas Edison’s teachers told him he was “too stupid to learn anything.” Walt Disney was fired by a newspaper editor because he “lacked imagination and had no good ideas.” In one of Fred Astaire’s first screen tests, an executive wrote: “Can’t sing. Can’t act. Slightly balding. Can dance a little.” Charles Darwin was considered an average student. He gave up on a career in medicine and was going to school to become a parson. Vincent Van Gogh sold only one painting, “The Red Vineyard,” in his life, and the sale was just months before his death. Lucille Ball appeared in so many second-tier films at the start of her career that she became known as “The Queen of B Movies.” Theodor Seuss Geisel, better known as Dr. Seuss, had his first book rejected by 27 different publishers. J.K. Rowling was a single mom living off welfare when she began writing the first Harry Potter novel. Rowling is now internationally renowned for her seven-book Harry Potter series and, in U.S. currency, became the first billionaire author in 2004.*

The bottom line is that there’s still some hope for the rest of us.

The truth is, the difference between a stepping-stone and a stumbling block is the way in which you approach it. Failing can be a blessing or a curse. It can be a great teacher, make you stronger, and keep you grounded, or it can be the cause of your demise. It’s your choice. Your view of failure determines your reality. As Zig Ziglar said, “Remember that failure is an event, not a person.” You’re not a failure unless you make yourself one.

What Are Your Thoughts on Failing?

Additional Reading:
The Biggest Mistake, Ever!
Don’t Quit: Make Winning a Habit
The Power of a Positive Attitude
The Blame Game