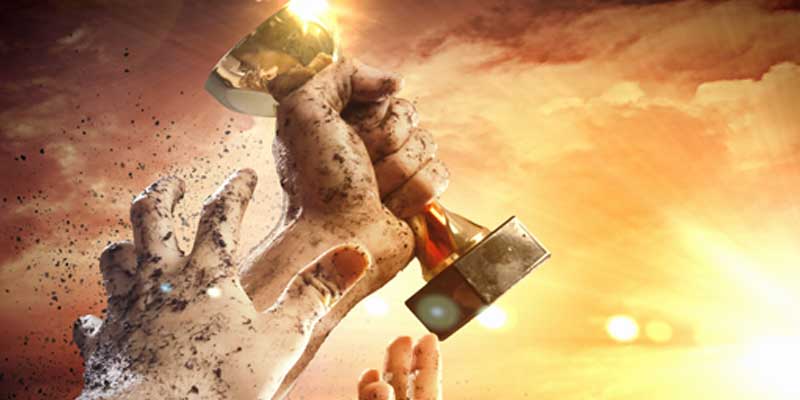 Why do some people win in life, even though they may not have the most knowledge, greatest skill, best experience, or be the most talented?

Can it all be chalked up to luck, or do winners have that “extra something”?

The fact is that some people hurt their odds of winning before the game of life even begins.

Every day we are bombarded with reasons reminding us why we can’t possibly succeed. “Most companies fail in the first few years,” “It didn’t work last time,” “It’ll probably never happen,” “If it hasn’t worked by now, it probably won’t.”

These words stimulate serious doubt. “What are the odds of being successful?” “Why waste the time?” “Why even try?”

Some people treat these “words to the wise” as justification to stop trying. Most winners, on the other hand, view the same words with skepticism, treating them simply as opinions that are just waiting to be proven wrong.

Simply put, your outlook and attitude can have a significant impact on your success…more than your intellect, more than your experience.  Winners know that “if you’re not in it, you can’t win it.”

What do you think? “I wouldn’t try that if I were you.” Some people trust other people’s opinions before heeding their own. (They view others as experts.) There is an urban legend about the flight of bumblebees. One evening at a dinner party in the 1930s, a prominent German aerodynamicist happened to be talking to a biologist, who asked about the flight of bees. To answer the biologist’s query, the engineer did a quick “back-of-the-napkin” calculation. He assumed a rigid, smooth wing, estimated the bee’s weight and wing area, and calculated the lift generated by the wing. Not surprisingly, there was insufficient lift –– he concluded that bumblebees can’t fly. If bumblebees listened to the experts, they’d never try to fly. I guess bumblebees aren’t willing to accept that premise.

Deer in the headlights. “What will people think if I fail?” Some people view the glass as half empty. Their negativity and self-imposed fear is destructive — killing opportunity dead in its tracks. They spend the majority of their time visualizing the negative outcomes rather than internalizing the feelings of success.

Every opportunity has two principal outcomes — success or failure — with a possible mix in between. If fear of failure prompts you to forgo opportunities, it becomes a self-fulfilling prophecy — you’ll deny yourself the opportunity to succeed. One of the tenets of a winning philosophy is a willingness to accept failure as a possible outcome.

One in a million. “It’s really tough to find a job in this market. Why try?” Every day, people hear broad-based statistics and give up before trying. “It’s tough to make a sale this time of the year,” “You’ll have to wait years to get promoted,” or “No one has ever achieved that feat before.” Rather than view themselves as a possible success story, some people adopt a defeatist attitude and give up. For example, the unemployment rate is a broad indicator of the job market. Yet even in a lousy job market, people get job offers every day. It may as well be you.

Next time someone says, “Why try…the odds are against you,” remember: If you don’t try, you forfeited the opportunity to be a winner.

Ouch! Some people hit a wall only to pick themselves up, dust themselves off, and run into the wall again. Successful people learn from mistakes and find a way around the challenges they face every day. If you hit a wall, find a ladder, or try an end run.  Winners look for options.

Now or nothing. “If I can’t achieve results quickly, why bother?” Don’t kid yourself — “get-rich-quick” schemes don’t work and success can’t be placed on a timetable. It takes time and effort. What’s more, if you want to be successful, be prepared to sacrifice something so that your goal receives the priority that it deserves.

Success doesn’t have a precise finish line. Unfortunately, many people don’t realize the commitment that’s required up front, and they quit, losing everything just feet before the goal line.

Get back on the horse. “I’ll never try that again.” Don’t succumb to failure. If you fall off the horse, don’t be afraid to get back on again. Ted Williams, the baseball legend, once commented that those who fail only seven times out of ten attempts will be the greatest in the game. Treat every disappointment as a stepping-stone to success.

Do you have the answer? “What an idea!” Our education system teaches us that there is one right answer. So, after we find it, we assume our job is done. The fact is, your first idea is rarely your best. After you accept that notion, you’ll always push yourself beyond your first good idea and find the best solution.

Are you in your comfort zone? “I never tried this before.” Most people find safety and reassurance by coloring within the lines. The truth is, the only one who likes change is a wet baby. But if you don’t stick your neck out, you’ll never get ahead.

Catch your breath. “I need someone to push me.” Like most things in life, success is a marathon, not a sprint. Pace yourself. Rest if you must, but don’t quit. No one ever said success is easy. If you’re not willing to make the effort, don’t complain about the outcome.

Winners have some things in common…

Winners recognize the difference between a dream and reality; they exhibit a healthy balance between creating a plan and acting on it; they base decisions on priorities — the things they care about most; they break major undertakings into small, digestible bites; they view obstacles as challenges that can be successfully navigated; they view every small win as a stepping-stone to something bigger and better, and they are humbled by every win, knowing that one win doesn’t constitute a winning streak. Most of all, in today’s turbulent times, they know that everything is subject to change except their core values and principles.

Winners take pride in what they do and are passionate about life; they know that a reputation is earned and must be carefully nurtured; winners take pride in learning something new every day; they surround themselves with the best and brightest people and foster win-win relationships with them; winners know the importance of celebrating small wins during the marathon of life, and they befriend special people who provide encouragement and with whom they can share success along the way.

Winners aren’t always the smartest. They don’t always have the greatest experience. They aren’t always the best at what they do. But you can be sure that they’re acquainted with failure, but not deterred by it. Overall, they are absolutely unwilling to accept failure as an option.

Winners are on a mission! Nothing is going to stand in their way.

You can see success in their eyes. They can feel it in their bones. They exert a rare sense of optimism that’s contagious.

Are you a winner?

Additional Reading:
Don’t Quit: Making Winning a Habit
The Power of a Positive Attitude
Make It A Habit
Seeing the World Through Rose-Colored Glasses