Home » Blog » Being Lazy is a Drag 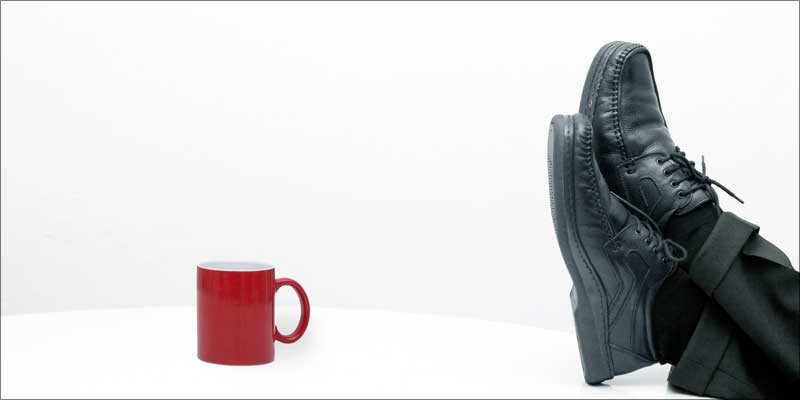 Some people are lazy bums. They do just enough to get by and would prefer to watch others work rather than lift a finger. They’re the kind of folks who’d step over something on the floor rather than bend down to pick it up. These sorry individuals watch the clock and push paper all day, only to go home to unwind from their “tough” day at the office — before turning into couch potatoes.

These lazy folks give new meaning to the term “deadweight.” Their only skill is coming up with creative excuses about why they can’t (or better yet, won’t) work. They’re experts at flying under the radar and evading responsibility. And, although everyone knows their game, lazy people don’t really care what others think of their antics because they have no shame. (Ouch!)

Life Is Not a Spectator Sport

Please don’t misunderstand . . . lazy people aren’t stupid. On the contrary, many lazy people are highly talented — they just don’t apply themselves and live up to their potential. In fact, some lazy people find ingenious ways to make the simplest task look complicated. This enables them to appear busy while escaping work. Other folks are brilliant at first finding, and then coaxing, other people to do their chores for them. (Think Tom Sawyer.) This behavior can be damaging on several levels:

The bottom line is that lazy people are deadweight, living off the good graces of others. In the process they turn friends and colleagues into long-distance runners wearing 50-pound backpacks. Well, it’s time for these lazy folks to get up and pull their own weight.

Success from the start. A strong work ethic must be instilled in our children at an early age. Included are personal traits such as honesty, character, dependability, initiative, confidence, diligence, respect, efficiency, and teamwork. Not to forget “hard work” — a key element of success. When it comes to learning a new dance step, hitting a baseball, playing the piano, doing well in school, as in many other things in life, exceptional performance is often attributed to hard work. It’s important to encourage our kids to do their best, while providing them with constructive feedback and positive reinforcement along the way. By guiding them toward good values and a strong work ethic, we’re equipping them for a lifetime of satisfaction and growth.

No easy answers. Unfortunately, at times our society will counter your best efforts by promoting “easy street” alternatives such as get-rich-quick schemes and seven-day diets as the miracle cures for all our problems. There are no easy answers. Every professional athlete or Broadway actor made it to the top of his or her career through skill, dedication, and hard work. We must stress the fact that instant gratification, shoot-from-the-hip behavior, and other shortcuts are never a substitute for hard work. If you want the finer things in life, it’s up to you to earn them.

Demand personal responsibility. Each individual must decide how much of an effort he or she is willing to invest to achieve success. As the old saying goes, “You can lead a horse to water, but you can’t make him drink.” When we turn our backs and ignore lazy behavior in order to avoid conflict or in an attempt to be politically correct, we are as much to blame as the offender. Furthermore, when we reward people for lazy behavior, we eliminate any incentive for them to work hard. It’s important to note that there is a difference between not being able to work and choosing not to work. In the latter case, tough love often encourages the best outcomes.

Stop enabling laziness. Everyone should be rewarded based on the contribution made and the value provided — no one should be given a handout or rewarded merely for showing up. When everyone is rewarded equally for his or her effort, regardless of the contribution, we foster mediocrity. When organizations give equal across-the-board raises, grant promotions based on tenure, or award government contracts based on political patronage, we penalize the hardworking people and organizations that operate efficiently and provide exceptional value. By helping people too much, and turning a blind eye to their laziness, we reinforce the behavior that renders them increasingly helpless over time. The result is that lazy people make our businesses less competitive and our public sector less efficient.

Give it your best

“Giving it your best shot” must embody everything that you do and represent all that you are. It means waking up each day and living life to its fullest. It doesn’t mean that you should compare your best to another’s best. In fact, it doesn’t matter what anyone else does. It’s not about being perfect; it’s about being honest with yourself and always putting forth your best effort. It’s about using your God-given talents and doing the best job you’re capable of.

When you live life this way, you create a higher standard for yourself and for those around you. By raising the bar, you’ll not only strive to be better, but you’ll feel better about yourself as well. Who’s lazy now?

Additional Reading:
50 Things Money Can’t Buy
The Many Faces of Greed
It’s All About Me