Home » Blog » The Many Faces of Greed 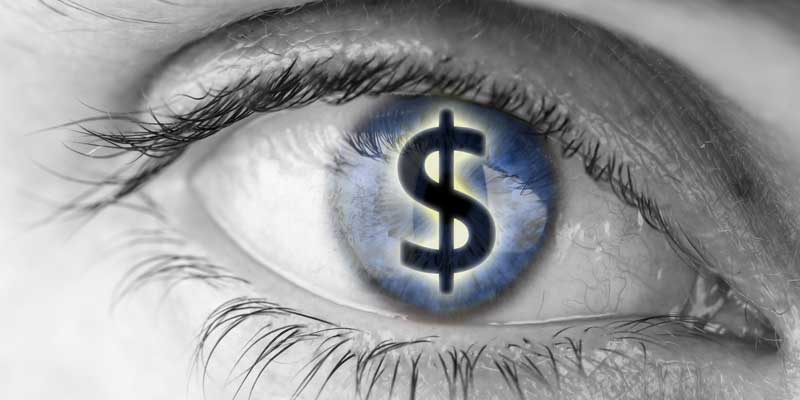 Greed is a term that describes ruthless people with naked ambition, people with an insatiable appetite for riches, those who give new meaning to the word selfish.

Greed evokes images of the rich and famous playing with lavish toys such as luxurious yachts, expensive furs, and mansions that resemble palaces. Think women dripping in diamonds and middle-aged men in expensive sports cars. To greedy people, it’s as much about flaunting material trappings as it is about winning the game. As Gordon Gekko said in Wall Street, “It’s not a question of enough, pal. It’s a zero sum game, somebody wins, somebody loses.”

It’s critical, however, not to equate success and wealth with greed. The fact is, many successful people give generously of their wealth and/or their time. It’s also true that you don’t have to be particularly wealthy in order to be able to give. As Mother Teresa once said, “If you can’t feed a hundred people, then feed one.” People without means contribute generously of their time and skills every day, yet others don’t. Greed doesn’t discriminate between rich and poor. There are many ways that greed rears its ugly head every day:

The Many Faces of Greed

Life’s a spectator sport. “Bystanders” who do everything they can to get out of work are greedy people. While colleagues work at a frantic pace, selfish people work hard to avoid working at all. They spend their days moving piles of papers on their desk while they watch everyone else go crazy. These guys wouldn’t lift a finger if their life depended on it. When a job is complete, however, you can bet they’ll be first in line to claim the rewards of the effort made (by someone else).

Gaming the system. Greedy people look for clever ways or loopholes to outsmart rules and regulations, designed to protect the system, for personal gain. Although their actions may be entirely legal, greedy people evade their responsibilities by offloading the costs to others. Examples include companies that incorporate in the Cayman Islands to avoid paying taxes, politicians who waste hard-earned taxpayer money by conducting “official business” at resort destinations, and “shopping bulimics” who take advantage of generous retail store return policies by buying clothes — wearing them a few times — and returning them for credit.

It’s all about me. Leaders should use their power to help others, not themselves. A Christmas Carol is an 1843 tale about Ebenezer Scrooge, a stingy and greedy businessman who has no place in his life for kindness, compassion, charity, or benevolence. In modern times, you’ll find some wealthy business executives who receive an obscene year-end bonus and lavish company benefits while telling employees that the company hasn’t done well enough to support annual employee raises. Why? “Because I’m worth it.” But catch them in a down year, and don’t be surprised when they ask others to “share the pain.”

Something for nothing. Greedy people are first in line to ask for more but last in line to put in the work required to earn the rewards. Instead of adopting the view that everyone benefits as the pie gets larger, they view the pie as a constant — there’s only so much to go around. To them, life is a competition governed by any rules you can get away with. They feel they deserve a larger piece, even at someone else’s expense, and they’re going to take it.

Takes all kinds. Greedy people take things that don’t belong to them even at the expense of friends or colleagues. This can take the form of bluffing their way to an unwarranted promotion or accepting credit for someone else’s idea. The fact is, the greedy frequently win at someone else’s expense. They reason that if these losers aren’t smart enough to take the spoils, then the losers don’t deserve them.

Robbing someone’s confidence. Some people bring out the best in others while selfish people focus on themselves — it’s “all about me” is their rallying cry. Greedy people make themselves feel better by tearing other people down rather than by helping others feel good about themselves. Greedy people have the ability to suck the oxygen right out of a room.

Borrowing from the future. Greedy people care about their needs today and kick problems down the road for others to cope with in the future. They put band-aids on problems rather than solving the root cause; they buy things that benefit their organization today rather than investing in its future; they borrow to fund their buying addiction and stick others with the bill. Rather than taking the easy way out, parents, political leaders, executives, and the rest of us have a moral responsibility to provide a legacy for those who follow.

We are such a competitive society. We measure success by finishing in first place, making it to the top of our game, and having better toys than our neighbors. We value instant gratification by encouraging people to consume rather than to save for a rainy day — people borrow money to prove that they live large. We idolize people who drive expensive cars, wear the latest fashions, and live in luxurious homes. Greedy or not, we all help perpetuate the addiction.

When do we ever stress the importance and value of generosity over material wealth? The fact is, according to one of the longest-running social-science studies of our time, helping others will lead to a beautiful life. Generous people believe that you gain more satisfaction in life from giving rather than taking. They’ve learned that greedy people are never satisfied that they have enough. They’re like sharks that spend their entire life hunting and consuming. All the oceans in the world can’t satisfy these eating machines.

Generous people give out of love, not obligation — without strings attached. Generous people know that a gift doesn’t have to be momentous. It can be as simple as a smile. Giving doesn’t have to be planned. Some of the best gifts in life are random acts of kindness such as creating a special moment for someone to remember. Giving doesn’t have to be from your material wealth; it can be a gift from your heart. It can take the form of giving someone confidence and respect, slowing down enough to provide someone some quality time, or sharing an honest opinion. Giving doesn’t have to provide an immediate benefit. You can give your children a strong sense of values, self-confidence, and a first-class education. Think about it…If enough people make a small gesture for someone else every day, we could transform the world. Do you spend more time giving or taking?

Additional Reading:
50 Things Money Can’t Buy
It’s All About Me
Being Lazy is a Drag