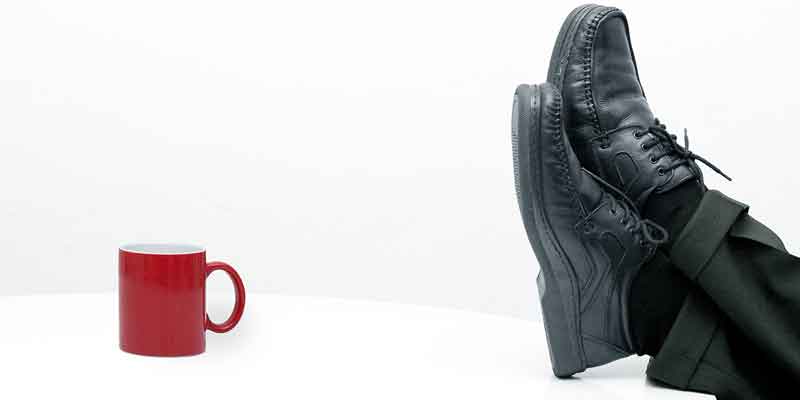 You’ve worked hard to achieve success. You’ve struggled through hard times, you’ve met challenges head on, and you’ve fought the hard battles. You’ve finally reached the pinnacle of success. But you’re about to face your toughest challenge yet –– complacency. Achieving success is hard; staying successful is even harder.

Are you in danger of becoming complacent? Here are nine warning signs that signal trouble ahead for you or your business. If you:

Take success for granted. Some folks become complacent and coast. They fool themselves into believing that their comfortable lead can’t be lost.

Lose focus. Some folks abandon the things that made them successful. They drift away from what they know and do best.

Fail to learn. Some folks are so busy celebrating success they fail to notice that the world around them is changing –– and they’re not keeping up with the times.

Stop listening. Some folks let success go to their head. They think they know everything –– and no one has the courage to tell them otherwise.

Fight for attention. Some folks forget that success was a team effort and try to steal the spotlight. This causes ill will and resentment among all the team members.

Go on defense. Some folks go on defense thinking the “game” is already won. They react to situations rather than pursuing opportunities.

Lose sense of pride. Some folks lose their passion and get careless.

Believe in a sense of entitlement. Some folks believe past success guarantees future success. They want the rewards without the hard work.

Ignore the customer. You know a business is complacent when it piles up costs that don’t add customer value; when it develops policy changes for employee convenience rather than for customer benefit; when it spends more time in staff meetings than in front of customers; when it protects its existing installations rather than developing great new products for customers.

You’re at the top of your game. It appears nothing is going to stop you –– except you. Here are twelve ways to fight complacency:

Don’t let your guard down. Give yourself a kick in the butt. If you’re not up to the job, find someone who is.

Stay grounded. Remember what made you successful and what you’ve learned along the way.

Create stretch goals. Push your limits. Set ambitious yet realistic goals. Challenge everyone to do better and to be better. The fact is, if you spend your life coasting, it’ll all be downhill.

Don’t be a know-it-all. Know what you know and what you don’t know. It’s strength, not weakness, to seek advice from others.

Welcome fresh ideas. Invite fresh new thinking that challenges your perspective. The truth is, surrounding yourself with yes people is like talking to yourself.

Learn from the best. Never stop growing. Identify best practices and make sure to implement them.

Compete with yourself. View success as a journey rather than as a destination. Focus on beating your best rather than your competition. That way you’ll always be growing and learning from the best in the field — yourself.

Fight against routine. Embrace change. If it ain’t broke, break it.

Look for areas of vulnerability. Ask “what-if” questions to uncover blind spots. Be your own customer. Find the cracks in your system.

Never underestimate the opposition. Wake up. Any military strategist will tell you that underestimating the enemy is courting defeat.

Look to the future (not the past). Take the time to smell the roses, but don’t spend too much time basking in the glory of success. As Andrew Grove, former CEO of Intel, said, “Success breeds complacency. Complacency breeds failure. Only the paranoid survive.”

Complacency: Control It Before It Controls You

Additional Reading:
Be Humble: Don’t Let Success Go to Your Head
Exceptional Performance: Is Too Good Ever Bad?
Don’t Quit: Make Winning a Habit
If You’re Not Proud, You’re Not Done
45 Surefire Ways to Torpedo a Customer Relationship