Home » Blog » Groupthink: What Makes You Think Others Know Better? 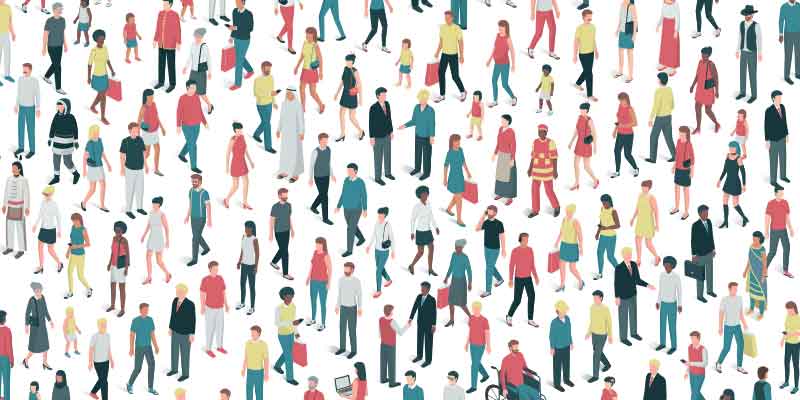 We see a post on social media, read an article in the paper, listen to opinions in a meeting, hear the results of a poll, and before you know it, we adjust our views and jump on the bandwagon with everyone else. It’s as if we say, “If it’s good enough for them, it’s good enough for me.” No questions asked. Groupthink: what makes you think others know better?

We are dramatically affected by the people around us. In fact, we tend to do things simply because others do them, rather than follow our own beliefs or think for ourselves. That’s fine if we’re kind, eat healthy, or read more because our friends and colleagues influence us to act that way. But this phenomenon can also compel us to do things against our own best interest — if we’re not careful.

Even though being part of a group provides comfort and security it doesn’t guarantee that your group will always think intelligently; in fact, their reasoning may be deeply flawed. That’s why you should think carefully before you end up destroying your credibility and your reputation. It’s important to consider whether the messenger is credible, the information is accurate, the rationale is logical, and the intentions are honorable. The alternative is to follow the group blindly — and assume that other members did their homework.

When your ears hear one thing, but your eyes see another…use your brain.

Kick the Tires Before You Buy into Groupthink

There are times when a group of like-minded people does irrational things because no one has the courage to step forward and scrutinize the facts, question the rationale, or examine the real motive behind the actions. Instead, everyone feeds off each other’s energy until things take on a life of their own.

In retrospect, however, what if the whole idea didn’t make sense? Was truth trampled? Did innocent people get hurt? Of course, you can say, you were one of many and only followed along. But does that argument hold water? The fact is, some people say and do things in a group that they’d never do themselves. You chose to be a member of the group, and are responsible for your actions. So do your due diligence before taking the plunge.

Before you get swept up by groupthink, ask yourself whether joining makes sense for you. Don’t let yourself get seduced by numbers, persuaded by emotion, or pressured to join. You are your own person. Don’t outsource your feelings or surrender your beliefs to please others. Although it’s reassuring to be part of a group, you’re ultimately responsible for the choices that you make.

Listen to Your Conscience

There are many examples of crowd mentality gone awry, such as the Salem witch trials, the Dutch tulip market bubble in the 1600s, and widespread belief at one time in a flat Earth. But there are many less glaring examples that present themselves each day. The key is to think for yourself rather than follow the herd off a cliff.

One of the biggest mistakes that people make is treating groupthink as gospel and following it blindly. It’s hard to swim against the tide and stand up for your beliefs. It’s tough to say “no” when others are so sure they’re right. It’s rough to stand alone when the quantity of the people in the group overwhelms you. But in the end, the right answer isn’t always determined by the number of people who say or believe something, but rather by the one who has the courage and conviction to question conventional wisdom. Think before you act — others don’t always know better.

Do You Buy Into Groupthink?

THANK YOU for sharing my posts with your friends and colleagues. The audience for this blog has grown to over 1.7 million readers.

Additional Reading:
The Benefits of Being Open-Minded
This Discussion Has No Room for Debate
Freedom of Speech Carries Responsibility
Honesty: The Plain and Simple Truth