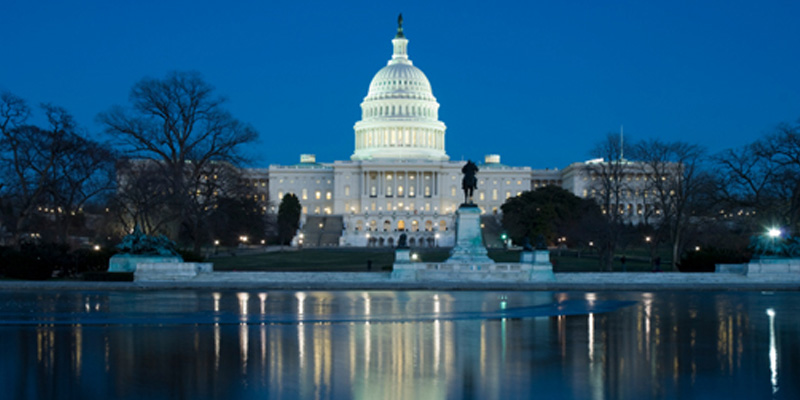 Like me, many Americans are awakened at night by anxiety: We’re worried about the future, whether we’ll have jobs tomorrow, whether our families are safe, how the debt and deficit will affect our country’s global competitiveness, and about the world that we’re leaving to our children.

While health care, the deficit, nuclear proliferation, and unemployment are among the top issues of the day, trust between our leaders and the American people is surely the foremost issue of our times. How much time do politicians spend measuring their words, covering their behinds or plotting against the opposing party rather than doing the people’s work? It’s no wonder that their actions encourage cynicism, apathy, and anger among Americans.

If we can’t trust our elected officials to do what’s “right” for our country, then we have nothing on which to build a stable way of life. Trust is not an abstract, theoretical goal forever beyond our reach. Trust, honesty, and integrity make up the fabric that binds us together, separating an orderly, civilized society from total chaos and anarchy. Trust — or lack of it — is inherent in every action that we take and affects everything that we do. Now is the time to say ENOUGH with the self-serving behavior, the manufactured “truths,” and the perpetual discord! The longer things continue along the current path, the more these actions become “accepted behavior” rather than what they really are…outrageous! The time has come to redefine “playing politics.”

My Hero. Teachers, clergy, and politicians are among those who serve as role models for our children. It only stands to reason that our kids emulate their behavior. Just as we protect our children’s safety through mandatory sentences for drug dealing in school zones, maybe a “mandatory sentence” should be required for unethical or unlawful activity by role models that clouds the morals and judgment of our children. We must demand more accountability from our public officials.

Tell the Whole Truth and Nothing But. During the first McCain run for the presidency, Americans were enamored with the notion of a truthful politician — The Straight Talk Express. Unfortunately, the “art of spin” crept into America’s lexicon in the 1990s. While a one-sided presentation of the facts “may” be acceptable, stretching the truth or outright lying is not.

Euphemisms masquerade the truth. Revenue enhancements are taxes; military assets are bombs; and collateral damage kills innocent civilians. How can politicians be trusted when they knowingly misrepresent or conceal the truth? Americans aren’t stupid. They respect those who prescribe bitter-tasting medicine if that is the treatment needed. When politicians dance around the truth (even in an insignificant way), they lose much more than votes. They lose personal credibility and the confidence of the American people, damaging the very institutions that they swear to serve.

All Men Are Created Equal. Discrimination is un-American. This applies to ethnicity, race, age, sexual preference, or gender. While there’s always one bad apple in a bunch, politicians must stop denigrating entire groups of people such as Democrats, Republicans, Conservatives, or Liberals to score points. When politicians vilify successful people and/or entire industries they open the door to other forms of discrimination.

It’s a Tough World. In today’s economy, American families sacrifice every day. With that in mind, the waste of taxpayer money, “pork,” is not simply distasteful, it’s nauseating. When financial service organizations and auto companies received bailout money from the public, Washington held them accountable for their actions. We should expect nothing less from our national and local elected officials.

Other forms of waste include unnecessary bureaucracy, outdated programs, and inefficient operations that build up over the years. Before taking the “easy route” by raising taxes, cutting funding, or printing money, it’s time for politicians to look in their own backyard. Americans will be more inclined to embrace government policies when they know politicians are good stewards of the taxpayers’ hard-earned money.

Do Me a Favor. Government jobs and contracts should be awarded solely on their value. In the private sector, doling out jobs based on personal gain or quid pro quo leads to immediate grounds for dismissal. When Americans ask themselves if their leaders are trustworthy, they don’t compare one politician to another; rather, they benchmark these leaders’ business practices against the private and not-for-profit sectors, which do not subscribe to these practices.

Do Unto Others. A day doesn’t go by without hearing about some politician being accused of adultery, corruption, tax evasion, bribery, etc. Party leaders should banish rather than cover up or excuse members of their party who do not live up to high moral and ethical standards. You are judged by the company you keep.

If It’s Good Enough for Us. People enter public service to make this a better world for our children. Unfortunately, it’s increasingly common for personal enrichment or a quest for power to become the driving factor. If politicians expect to be viewed as givers rather than takers, they must report all compensation and benefits in a transparent fashion, draft strict “conflict-of-interest” laws that prohibit lobbying of former colleagues, and strengthen disclosure rules to help prevent special-interest favors from subverting the public interest.

Pledge Your Allegiance. All of our leaders take an oath to protect and defend the Constitution of the United States. It needs no reminder that politicians are taking an oath to the country not to their party. Sometimes it doesn’t feel that way.

My hope is that a “real leader” will stand up and say ENOUGH! Every person can make a difference, both through his or her own actions and by demanding higher standards. Before you know it, politics will once again begin to attract people of integrity, and our country will embrace the critical importance of public service. The American dream will once again become the envy of the world, and the term “playing politics” will be something to strive for. Politicians will remember that they are Americans first, recall why they came to Washington and what it means to serve our country. It is only then that they will begin re-earning the trust and respect of the American people. Can you think of a better legacy?