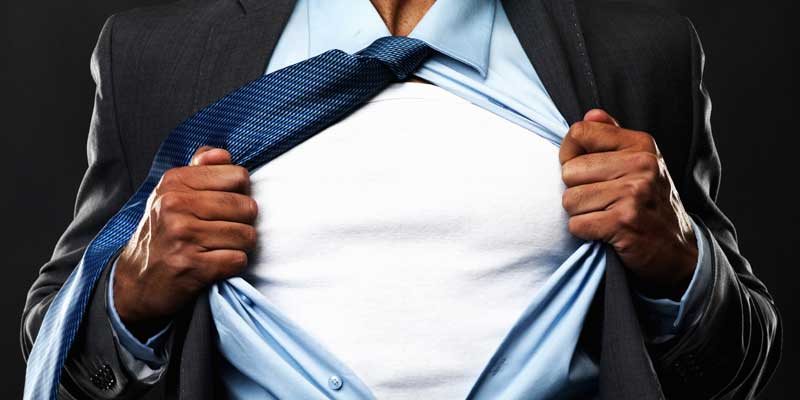 When we were growing up, our teachers saluted great individuals who changed the course of history; during dinnertime, our parents lovingly recalled their idols; and of course, we had our own personal heroes who walked on water. They were wonderful role models.

There was something about these role models that made them special. They led by example, raised the bar for us, and were simply the best of the best. We might have even wanted to be them, someday.

We looked up to them, and to other role models, because of their accomplishments, such as overcoming obstacles to achieve greatness, speaking up when no one else would, living rags-to-riches stories, being poster children for honesty and integrity, putting others’ needs ahead of their own, and fighting tirelessly for causes they believed in. Many of these role models changed our world . . . forever.

I know it’s a generality, but would you be proud if your kids followed in the footsteps of many of today’s politicians, professional athletes, Hollywood celebrities, or pop musicians? There’s no need to mention them by name. You know who I’m talking about. Sure, there are some wonderful role models to celebrate, but too many of today’s public figures are train wrecks –– purveyors of greed, recklessness, or dishonesty. Too often they’re excused for drug and alcohol abuse, marital infidelity, and personal arrogance as we sit mesmerized by their fame. Need I say more?

I’m not suggesting that role models have to be saints, but let’s get real. Many executives can’t tell the difference between right and wrong until they’re caught, many politicians appear to treat integrity as a liability, and celebrities live so close to the edge that many are in danger of falling off. Shame? Disgust? Public outrage? Nope. . . Too many journalists are no longer interested in reporting the facts; they’re more concerned with ratings, shaping the news, or giving cover to those who subscribe to their personal views. Obviously, there’s a void that needs to be filled.

That’s where you come in. How can YOU become an outstanding role model?

Hey, big shot. You don’t have to be a celebrity or a superstar to be a role model. Chances are if you’re a parent, teacher, coach, religious leader, or manager, you’re influencing people every day. Make it positive!

Set the bar high. Have high expectations for others AND yourself. Avoid the tendency to adjust the target downward just to accommodate mediocrity.

Inspire others. When you’re a role model, every message you send is critical. For example, people will notice whether or not you value a good education, the relationship that you have with your spouse, how you work under pressure, how you behave during the Little League game, and whether you’re confident enough to admit fault. Don’t wait for the stars to align to demonstrate good behavior. Deliver your message every day in small ways.

Look in the mirror. Look to see if you’re sending the wrong message. Here are some examples of behavior gone awry: cheating has become a substitute for hard work; you have become ruthless to get ahead; drugs are your rewards for success; life is about stuff, not people; relationships are disposable; the only thing that matters is winning.

Stand for something. Outstanding role models are objective and fair. Furthermore, they have the strength of their convictions. They believe what they say and say what they believe. Mark Twain may have said it best, “Action speaks louder than words but not nearly as often.”

Walk the talk. Ensure that your words and actions are consistent.

Integrity matters. Good role models are open, honest, and trustworthy. Make sure to finish what you start and follow through on commitments.

Be respectful. Treat others as you want to be treated.

Believe in yourself. Be confident in who you are and what you represent. But balance that confidence with a dose of humility.

Nobody’s perfect. Accept responsibility for your actions. When you make a mistake, admit fault and show you mean it by taking corrective action. Let others learn from your mistakes.

You’re judged by the company you keep. Surround yourself with people of high character and integrity. They may rub off on you and provide extra encouragement when the stakes are high or the going gets tough.

Your soul is NOT for sale. Listen to your conscience. That’s why you have one.

Outstanding Role Models Step Up to the Challenge

Here’s my bottom line. I don’t care how famous you are or how much money or power you have. I don’t care how many games you’ve won, how many records you’ve broken, or how many awards hang on your wall. The fact is, if you’re a lousy role model, then you’re a drag on society. Period. Your friends may excuse your behavior; your colleagues may laugh at your antics; and some people may conveniently look the other way to provide you with cover. None of that will change the reality.

But now it’s time for all responsible people to take action. Yes, you! You don’t have to be a powerful politician, famous actor, award-winning musician or an athlete in the big leagues to have fans. The truth is, you are influencing people every day. Be a positive force in their lives.

Every time you point someone in the right direction, you’re not only making a distinctive contribution to his or her life . . . you’re passing the torch to someone who’ll likely pay it forward. Although it’s very difficult to change the whole world, we can at least change the world around us. Your actions today represent the future for our kids. Remember, little footsteps in the sand usually follow larger ones, so watch where you step.

Are You a Good Role Model?

Additional Reading:
Who’s Your hero?
Change Someone’s Life and You May End Up Changing Yours
The Power of One
Ethics as Usual
9 Powerful Reasons Why Your Moral Character Matters
Live With Honor and Integrity