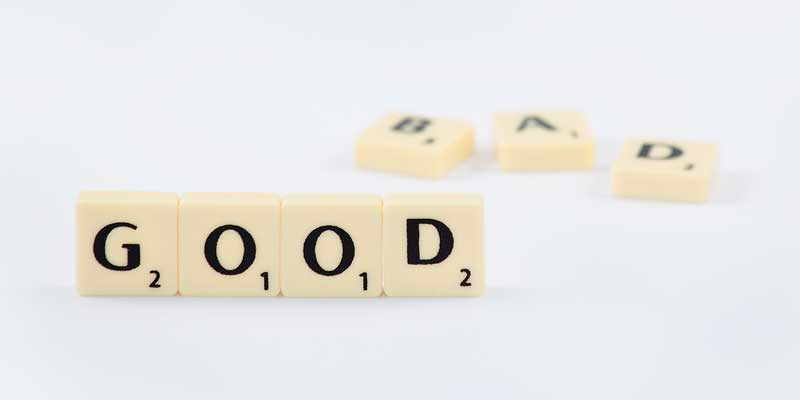 While it takes only a few words to make someone feel really special, words poorly chosen have the power to destroy a valuable relationship, tarnish a reputation, or become the cause of endless embarrassment.

Yet in today’s fast-paced world with its cryptic, sound-bite mentality, we’re more likely to sacrifice sensitivity for speed and quality for quantity. This leaves our listeners to sort out for themselves the consequences of our ill-considered remarks.

Sure…we spend our days juggling fifteen balls in the air, running our kids to and from activities, and cramming as much as we can into the day. Come on…who has the time?

Well, if you care about your relationships, it’s imperative to understand that words do matter.

A Word to the Wise

Although we never seem to be at a loss for words, quality communication doesn’t seem to be a priority today. We rarely give it a second thought when we open our mouths before thinking, knowingly twist someone’s words, or fail to follow through after making a promise.

We also say things without recognizing that our words have consequences; we spread rumors with or without malicious intent; and we commonly use buzzwords and phrases that are so worn-out they’ve lost their original meaning over time (I call them “wordles”).

“I’m Sorry.” When did the phrase “I’m sorry” morph into “I’m sorry, but…”? If you are sincerely sorry and want to apologize, then do so, without reservation. It takes an individual of true integrity to admit when he or she has erred. If you’re not truly sorry, why not just skip the apology and avoid compounding the problem?

“I made a mistake.” “I was wrong.” How many times do people apologize for making a mistake, only to repeat the act again later? It’s as though our conditioned response is to apologize without realizing that we’re making an implied promise not to repeat the mistake again.

There are two kinds of mistakes: unavoidable and intentional. If your computer goes down or you have a family emergency, then missing a deadline may be unavoidable. If, however, a mistake is deliberate or worse, unethical, simple words of apology just won’t cut it.

Eat your words. Did you ever regret saying something unfortunate? Some people let words slip off their tongue without realizing the consequences. Sometimes a little discretion can save you from a very embarrassing situation. Even so, words of apology may be the best remedy.

In this same spirit, when someone trusts you with sensitive information, guard the secret or be prepared to lose that person’s trust.

Truth be told, with the same speed at which technology has swept the world, manners have been swept under the proverbial rug. I’m left wondering, is this rudeness the result of today’s angst or a trend of indifference that has evolved over time?

While it doesn’t take much effort to say “please” and “thank you,” some people forgo these pleasantries because they simply don’t know better, while others apparently feel these words are beneath their “pay grade.” How much effort does it take to show some gratitude for a job well done? (It’s not as if you’re being asked to solve world hunger.) The truth is, if you’re too busy to say “please” and “thank you,” don’t be surprised if others are too busy to help you in the future.

“I promise.” “Trust me.” Whenever you say, “trust me” to someone, you imply that you’re worthy of their trust. Some people, however, think that breaking a small promise doesn’t count. Since trustworthiness is earned over time, it only stands to reason that if you break any promise, you shatter the trust you’ve earned. The fact is, the words “I promise” and “trust me” put your integrity on the line. Don’t use them if you don’t mean them.

Your word is your bond. Words establish expectations and form the foundation of trust. The last time she said, “I promise,” did she keep her word? Can he keep a secret? Does he stand behind his commitments? Are they being straight with me?

“Can you do me a favor?” Stop and think before you ask someone to do you a favor. Is your request reasonable? Are you putting a friend in an uncomfortable position? Are you becoming too reliant on the same individual? Inappropriate requests destroy relationships.

A play on words. Twisting words, dancing around the truth, or telling a white lie produces the same result — the loss of trust and credibility. Excuses such as “everybody does it,” “it was only a white lie,” or “I only stretched a few small details,” don’t cut it. Once you misrepresent the truth, everything that you say in the future may be suspect.

Spread the word…Gossip is a disease spread by word of mouth. If you’re saying something behind someone’s back, it’s only a matter of time before you’re saying it behind mine. Nothing more need be said.

Words of Wisdom: Lessons to Be Learned

At a loss for words? Some people avoid personal confrontation at all cost, while others feel sheepish telling someone how much they really care. People aren’t mind readers. There’s no way for people to know how you feel unless you tell them. Many relationships fail because we don’t communicate properly. The question is, if you fail to say what’s on your mind, will you regret it once you’ve lost the opportunity — perhaps forever?

Words are permanent. Once words leave your mouth, they are impossible to retract. Words stand the test of time. For example, the Bill of Rights (a mere 413 words) has served as our country’s beacon since 1787.

@#%^%*?%! Just because you are mouthing words doesn’t mean that you’re saying anything. Some people use jargon to impress their friends and colleagues. You may as well be talking to yourself. Actually, you are.

Actions speak louder than words. Saying something doesn’t make it so. Consider the many ways we have of pointing out that words alone don’t tell the whole story. Sayings such as, “practice what you preach,” “talk is cheap,” “talk a good game,” and “walk the talk,” all say the same thing — that your actions will either confirm or contradict your words.

Effective communication requires more than choosing your words carefully. Words, after all, have at least two meanings: what you intend to say and what the listener thinks you mean. Effective communication also requires that your words be in sync with your body language and the tonality of your voice. If these non-verbal signals do not reinforce your statement, you are probably sending mixed messages. As discussed, words must also be supported by visible action.

If you don’t back up your words with visible action, don’t expect people to believe what you’re saying.

According to UCLA research, 55 percent of meaning in an interaction comes from facial and body language and 38 percent comes from vocal inflection. Only 7 percent of an interaction’s meaning is derived from the words themselves. This is confirmed by MIT research that says it is advisable to use electronic communication, such as texting, tweeting, and e-mail, only to transmit and confirm simple information. Employees, however, increasingly rely on text messages for nuanced conversations that really ought to be said face-to-face, or at the very least, on the phone.

We have a choice…make a better effort to communicate properly or spend more time doing damage control.

Although we say we don’t have time for quality communication, we seem to have all the time in the world to try to repair a misunderstanding, patch up damaged feelings, mend a wounded relationship, restore a blemished reputation, apologize for shooting off our mouth, or reorganize after working at cross-purposes.

If you’re thinking that it’s time to slow down because there’s too much at stake — you took the words right out of my mouth.

Additional Reading:
Ways to Say You Care
You’re Entitled to My Opinion