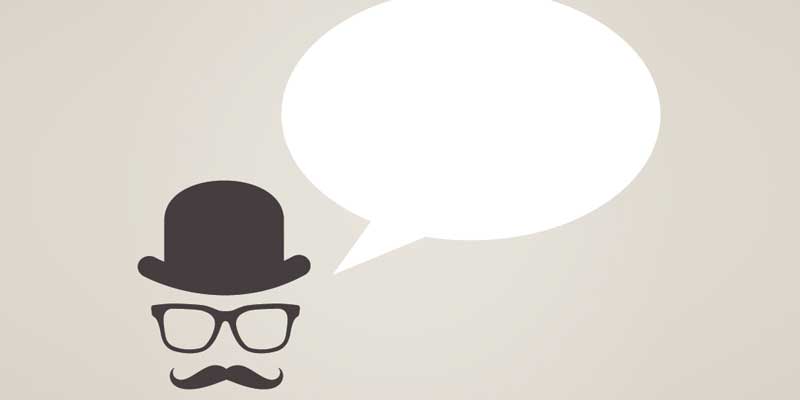 So, you’re a vegetarian? Great. You go to the gym every day? Wonderful. You lost 14 pounds on your newfangled diet? I’m happy for you. You’re voting for the Democratic (Republican or Independent) candidate? Super. You’re a devoted person of faith? Good for you. Now, do you want my opinion?

It’s wonderful that you’ve assumed such a healthy lifestyle; that you’re so passionate about your beliefs and committed to your causes; and that you want to raise your kids just like your parents raised you.

But that doesn’t mean I have to agree with you. Believe me, I’m not trying to pass judgment; quite to the contrary. Unlike multiple-choice tests, in life there may be two right answers to the same question. And I know what’s right for me. I have strong beliefs and am passionate about my values too.

I don’t mind if you ask me to follow your lead every once in a while, but I’m afraid that you’re misconstruing my silence (a.k.a. “No, I don’t happen to agree with you”) for an answer. And you’re making me feel uncomfortable. So, you’re welcome to your own opinion, but PLEASE let me be me.

My Opinion Or the Highway

The fact remains that if someone chooses to live a certain way, and it doesn’t infringe on anyone’s freedom, it’s their choice to make. With that in mind, a true friend is one who respects a friend for who he is, rather than who he wants him to be. It’s important to be respectful of other people’s ways of life and traditions –– even if you’re not in complete agreement.

Sometimes, however, it’s not that simple –– especially when one’s beliefs and values encroach on another’s freedom. In fact, some issues today are responsible for the polarization that is paralyzing our country’s political process. Rather than striving to seek compromise, it seems that the new standard of discourse is “My Way Or the Highway.” This is a shortsighted and ultimately destructive attitude that is a “lose-lose” for everyone. We can’t expect others to abandon their values any more than we would forsake our own.

The fact is, we live in a world that’s getting smaller every day. It’s important to be tolerant of other people’s cultures and values, recognizing that no one has the right to force his way of life on anyone else.

This does not mean that people shouldn’t speak out for their beliefs. This process, however, must be civil and respectful of others’ views. In fact, the manner we use to air our differences of opinion is the signal we send to others about our willingness to build bridges of trust. If we view every issue as a “take no prisoners” battle, or use underhanded (or dishonest) means to influence opinions, the outcome is likely to be ugly. No bridges will be built, and any existing structures of understanding that link us will be quickly demolished, On the other hand, if we’re sensitive to other people’s views and avoid forcing our opinions, then we’re far more likely to achieve a satisfactory outcome. Furthermore, this process will enable us to build a trusting relationship going forward rather than a process that is poisoned from the outset.

Here are some considerations to promote an amicable debate:

Nothing but the facts

Be Prepared to Heal Thyself

There are a lot of good and decent people in this world who have much in common. They wake up every morning as proud parents and spouses. They build great businesses, give back to their communities, and assist those in need. They want to lead purposeful lives, provide for their families, and assure better lives for their children. It’s important to build relationships on what unites us, not fight over what divides us. We should abandon the hateful rhetoric, expose our counterfeit leaders, desert our malicious role models, and reject the disgusting greed and envy that pits us against one another.

I long for a day when our leaders bring us together rather than divide us; when people strive to better themselves rather than trying to change others; when fairness and tolerance replace weapons disguised as words; when we measure success, not by what people accumulate in life, but by what they’re able to give to others; when “the world revolves around me” gives way to being a responsible member of the “world community.” And when “win-win,” long-term relationships become the new definition of success, rather than winning at all costs.

Before we can make this a reality, keep in mind the wisdom of Bill Bluestein, who said, “Before you try to change others, remember how hard it is to change yourself.” But that’s my opinion.

Additional Reading:
Ways to Say You Care
May I Have a Word with You?