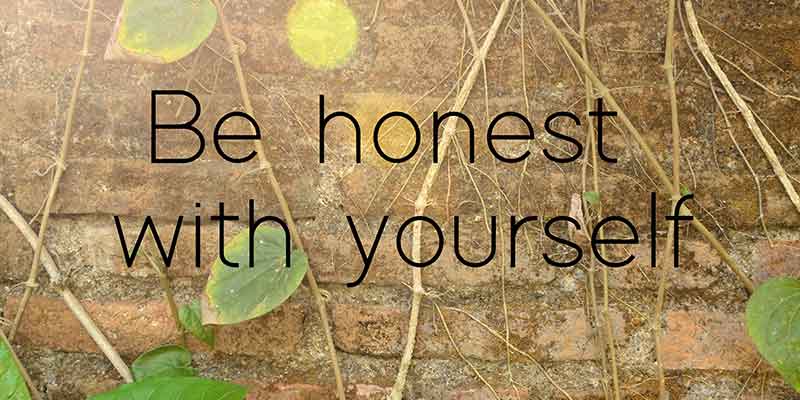 There will be times when your principles are tested. The question is, how will you respond? Will you give in to temptation and compromise your standards or will you stand tall and remain true to your values? It’s easy to say what you’ll do in theory, but your actions count most when the rubber meets the road. Some folks want it both ways. They want to profit, but they also want to feel good about themselves. So, just like Eve took a bite from the forbidden apple, they take the bait and justify their wrongdoing by lying to themselves, claiming “It’s just this once.”

It’s easy to rationalize poor behavior as a one-time thing, but that’s a cop-out. What you really want is to have your cake and eat it too. And therein lies the rub.

You may think you’re being honest with yourself, and the offense won’t be repeated. But unfortunately, that’s rarely the case. The fact is, the next time you encounter a similar situation, you’ll probably repeat the wrongdoing. After all, if there are no consequences the first time you do something, you’re likely to commit the offense again. What’s more, you’ll probably apply that same rationale to other situations.

Once you compromise your integrity,
you make it easier to give in to temptation the next time.

Stop Lying to Yourself

Some people do bad things and think they deserve a pass because “everybody does it.” But does that make it right?

Take a step back and consider how your actions may be affecting your relationships, credibility, reputation, and self-respect.

You face decisions every day. Many options available to you aren’t always black or white — they fall into an ethical gray area. It’s so easy to base those decisions on convenience rather than on what’s right. But just like a tiny drip of water, left unattended, can create a flood, an unprincipled act that may seem minor at first can have huge consequences if it’s repeated over time.

One of the true tests of integrity is your refusal to compromise your honor at any price.

The truth is, your decisions may be transforming you into a person that you won’t even recognize — much less respect — one day. Furthermore, even though you may not notice the change in yourself, I can assure you others will.

The only thing worse than lying to others is lying to yourself.

You’re going to be tested throughout your life. Given the option, would you rather choose the right path, even though it’s difficult, or the easy route, knowing that you’re compromising your standards? While you might try to justify your indiscretions as an isolated lapse of judgment, it’s time to stop lying to yourself. Just this once doesn’t cut it! Your choice is clear. Will you live a life of honor and integrity or choose a path of dishonor and deceit? Remember, you have to live with yourself for the rest of your life!

Are You Living a Lie?

Additional Reading:
Would You Do Something Unethical If You Could Get Away with It?
The Consequences of No Consequences
Live with Honor and Integrity
Never Lower Your Personal Standards. Never!
Reputation: You Can’t Run from Your Shadow
Personal Responsibility: The Buck Stops with You