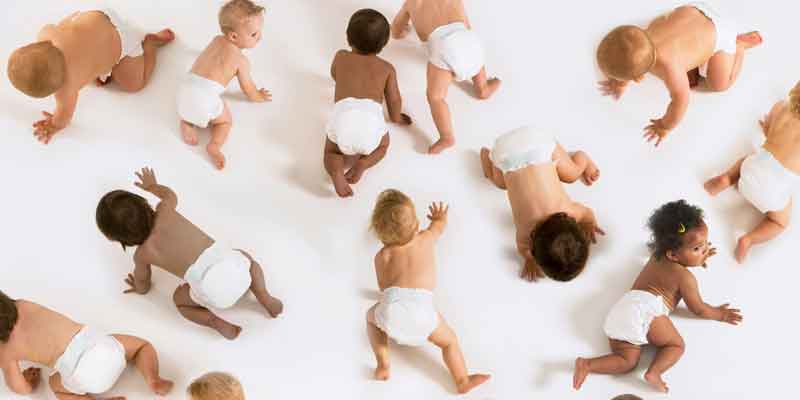 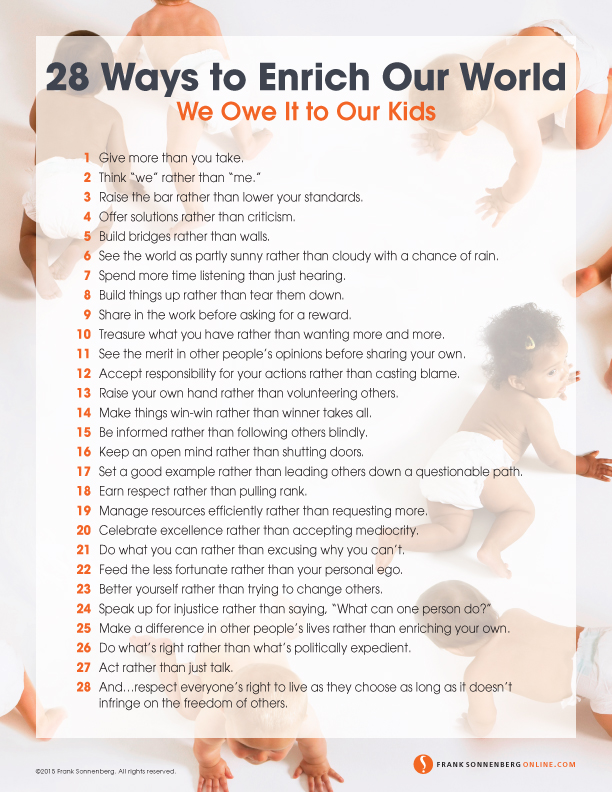 It doesn’t matter whether you’re black or white, rich or poor, fat or thin, Christian or Muslim, male or female –– we all arrive and leave this world the same way. What makes us unique is how we live our special gift called life. And yet, even though we select different paths, we share a responsibility to respect everyone’s choices, live in harmony, and leave the world better for future generations. My wish for the New Year is that we take that responsibility to heart. We owe it to our kids.

28 Ways to Enrich Our World

If you want to make the world –– or the world around you –– a better place to live, here are some good ways to start:

If everyone tried to make this a better world … it would be. We owe it to our kids.

What Kind of World Do You Want Your Kids to Live In?