Home » Blog » Why Do Busy People Get Stuff Done? 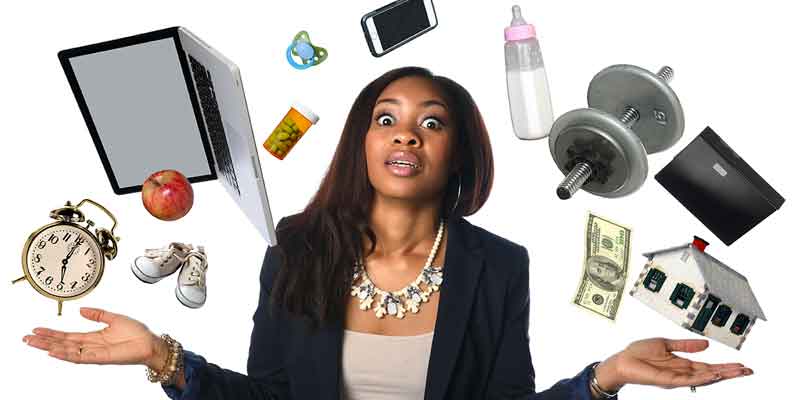 Did you ever wonder why some people get so much done while others accomplish so little? It doesn’t matter whether they’re at home or at work, some folks plow through stuff while others never seem to put anything to bed. Of course, you’ll hear ineffective people complain about their workload or the hours they’re putting in, but while they’re busy complaining, others are running circles around them.

Let’s look at the mom who has a full-time job, three kids, looks after her home, is actively involved in the community, and still manages to keep it all together. How is she capable of doing so much while others seem incapable of getting anything done? Is it something they’re doing or something they’re not doing? The answer is, both.

Successful people are so busy getting things done that they don’t have time to make excuses.

Why don’t some folks get stuff done? Unproductive people:

16 Traits of a Highly Productive Person

As the adage goes, “If you want something done, ask a busy person.” Productive people are:

Self-confident. Are battle-tested. They believe that “If I did it once, I can do it again.”

Single-minded. Know what matters most and are relentless in pursuit of those priorities.

Goal-oriented. Establish fixed deadlines instead of going with the flow. They know that Parkinson’s Law holds true — “Work expands so as to fill the time available for its completion.”

Forward thinking. Prepare in the morning; reflect at night.

Focused. Don’t allow themselves to be disrupted or sidetracked by others’ priorities.

Trusting. Do things that matter to them and find ways to get the rest of it done.

Positive. Don’t let obstacles get in their way. When they confront a barrier, they find a way around it.

Accountable. Don’t make excuses or cast blame. They know their mission, accept responsibility, and are determined to get it done.

Modest. Don’t spend time promoting their accomplishments. They know that results speak for themselves.

Resourceful. Make use of dead time rather than letting valuable minutes fritter away.

Project-oriented. Say “no” to one idea so they can say “yes” to another.

Decisive. Make bold decisions. When you do nothing, nothing happens.

Realistic. Strive for excellence rather than perfection.

Are Your Habits Helping or Hurting Your Productivity?

There will be times when you’ll be faced with an insurmountable challenge, confronted by your biggest fear, or asked to do something that tests your limits. When that happens, remember that getting stuff done is as much a mindset as it is an activity. When you spend time worrying about the future or complaining about how stressed-out you are, you’re not only wasting valuable time, you’re also creating a powerful headwind that makes it harder for you to succeed. The fact is, just as a pep talk inspires you to reach new heights, chronic negativity is debilitating and will drag you down.

Some people work hard to make their lives harder.

If you want to get more stuff done, you can! It won’t happen by doing things the same way. It’ll take a concerted effort to embrace new habits that propel you forward and to eliminate behavior that’s holding you back. The fact is, the only thing standing in your way is yourself. It doesn’t take a brain surgeon to figure out how to become more productive. You just have to put your mind to it.

Do You Get Stuff Done?

Additional Reading:
Distractions, Disruptions and Other Time Wasters
How to Add More Hours to Your Day
Where Did the Time Go?
Change Your Priorities: Change Your Life
Get It Done!