Home » Blog » Let Me Give It to You Straight 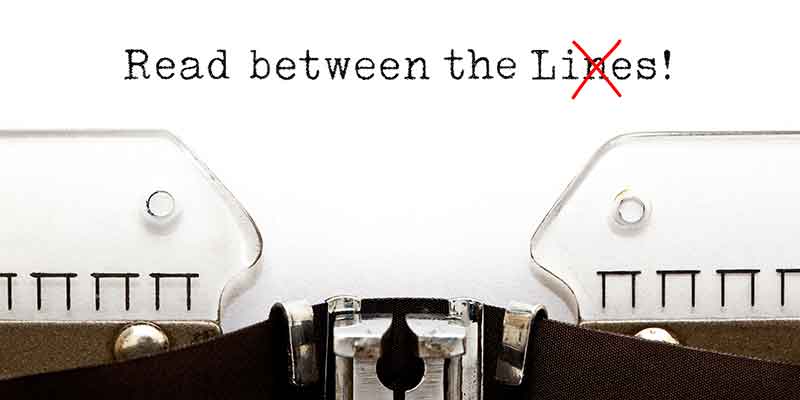 Why do people beat around the bush, bend the truth, or misrepresent the facts? Why don’t they tell it like it is? Are they trying to hide something or to pull a fast one? Or are they afraid of how others may react if they tell it to them straight? In any case, I don’t think that demanding the truth is too much to ask for — do you?

Why do people lie? Why don’t they tell the whole truth and let everyone make decisions based on the facts? Do they think people are stupid, or are they afraid the truth won’t deliver the results they want?

The fact is, some folks are so fixated on winning that they’ll do ANYTHING to win — even if that means compromising their honor and reputation. Others lie to cover up a wrongdoing, to compensate for a weak line of reasoning, or because they believe the end justifies the means.

Why Do People Lie?

Persuade someone. Some people distort facts, withhold information, or exaggerate the truth to make a product or an idea appear better than it is.

Compensate for a weak case. Some folks lie to bolster a flimsy argument or a poor line of reasoning.

Cover your behind. Some people blame innocent victims to evade accountability or personal embarrassment.

Protect someone’s misdeed. Some folks cover up a wrongdoing to shelter others from the consequences of their behavior.

Spare someone’s feelings. Some folks aren’t straight with people because they’re afraid the truth may hurt their feelings.

Distort facts to support a viewpoint. Some folks spread gossip, disseminate inaccurate information, or substitute opinion for fact to misrepresent and mislead others.

Fail to know better. Some people had a rotten upbringing or education and never learned the importance of honesty. Plus, they surround themselves with toxic people who serve as lousy role models.

Misguided behavior. Some folks get away with lying once and think they can do it again. They justify their behavior by saying, “Everybody does it.”

Win at all cost. Some people believe that lying is excusable because the end justifies the means.

Weak moral character. Some folks are morally bankrupt. They know the difference between right and wrong, but their conscience gives them the silent treatment.

The fact that people lie tells me that they know their product is flawed, their line of reasoning is ill-conceived, or their actions are wrong; otherwise, they wouldn’t have to resort to dishonesty.

Maybe it’s time for those folks to go back to the drawing board and fix the problem that tempted them to lie — because they’re not even convinced that what they’re saying is valid. Otherwise, they’d be straight with everyone.

If you don’t believe what you’re saying, why do you expect me to?

Most people lie because they think they’ll benefit from it. While that may be true, short term, the long-term consequences are huge. Lying will not only destroy their relationships, damage their credibility, and torpedo their career, it will tarnish their reputation for years to come. In fact, everything they say from that moment forward will be suspect.

But that’s the least of it. Let me give it to you straight.

If you don’t value other people enough to be honest with them, at least show some respect for yourself. You know full well that what you’re doing is dishonest, and that should bother you. Rather than taking the high ground and being truthful, you’re taking the path of least resistance and dishonoring yourself in the process. While others choose to take the low road, you can choose the high road — and be a straight shooter. Doing so will earn the trust, confidence, and respect of others. But most importantly, you can be proud of what you do and who you are. What’s that worth? Everything! People who do what’s right never fear the truth.

Do You Give It to People Straight?

Additional Reading:
Honesty: The Plain and Simple Truth
The Only Thing Worse Than Lying to Others Is Lying to Yourself
13 Ways to Spot a Lie
Truth Be Told: 13 Ways to Demonstrate Honesty
Let’s Be Truthful
The True Color of White Lies