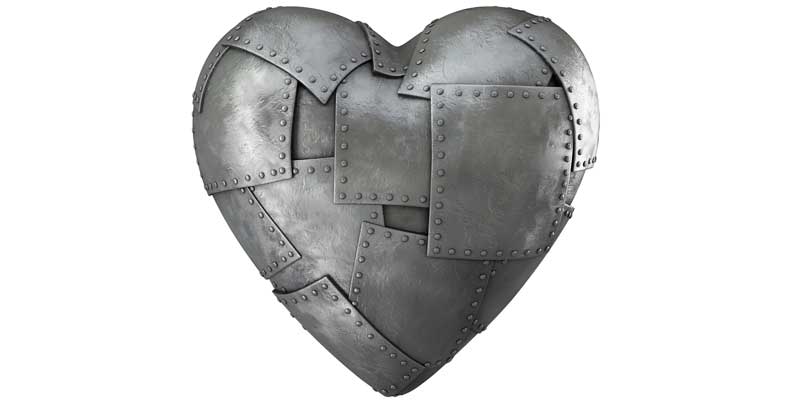 Why are cheating, stealing, lying, and bullying so prevalent today? Don’t folks know the difference between right and wrong? More importantly, don’t they care? You have to wonder whether the offenders would have turned out the same way if they had received a dose of tough love while they were young.

Here are some common scenarios that occur every day:

Sometimes, we think we’re doing our kids a favor by giving them space, avoiding confrontation, or covering for their misdeeds. We justify our actions by not wanting to make a scene in public or because we need some personal downtime after a tough day. The truth is, even though our excuses may seem “valid” in that moment, actions or non-actions have consequences.

If our kids don’t learn the difference between right and wrong when they’re young, bad behavior will eventually turn into bad habits that are impossible to break.

Nurturing is a parent’s responsibility. Parents must teach their kids the difference between right and wrong. This is not a role to be delegated to others. These lessons shape character and form the foundation of a child’s conscience –– a guiding force through life. Behind every good kid is a parent or caregiver who understands the importance of raising the child that way.

The buck stops with you. Everyone must be responsible and accountable for their actions. Good behavior should be celebrated and bad behavior disciplined. No one should receive a pass. This applies to all folks, whether they are prominent and successful or not and regardless of whether we like them personally. Remember, if we don’t address bad behavior, we are implicitly encouraging it through our inaction.

Excuses are no excuse. We must stop tolerating poor behavior. Period. We can’t “let someone off the hook” because it’s convenient or because we dislike confrontation. Furthermore, excuses noting the “small size” of the infraction or that “everyone does it” don’t cut it anymore. Right is right and wrong is wrong. When we blur the difference between right and wrong, we create confusion and minimize the significance of poor behavior.

Actions must have consequences. Positive and negative reinforcement should be timely and consistent. Likewise, punishments should be commensurate with the “crime.” Tough love is not easy to dole out, but there are times when it’s necessary. Saying “no” to your child, when warranted, can be tantamount to an act of love.

Role models play an important role. Every time a revered role model exhibits inappropriate behavior, it may have an adverse impact on our kids and on society. The next time you question whether celebrities influence behavior, ask yourself why they are paid so handsomely to endorse products. The fact is, we should publicly shame role models who exhibit disgraceful behavior, while also letting their sponsors learn of our displeasure.

The rule of law. Rules and laws should be either enforced or eliminated. Furthermore, they should be fairly and equally applied to everyone. It’s important to note that when enough people break rules and laws, those rules not only become meaningless — they also invite cynicism and defiance.

Speak up. When we turn a blind eye to poor behavior, we’re enabling it. It’s not enough for us to throw up our hands in disgust. It’s time to speak up with conviction. Each and every voice matters.

Don’t be an enabler. It’s time to stop covering for someone because it’s profitable! Enough with the spin! Anyone who promotes, covers for, or hides indiscretion is as guilty as those who commit these acts. You can’t have it both ways. You’re either for it or against it.

Tough Love: Prove That You Care

Next time you see someone cheat, steal, curse, or lie, remember that we’re each partly to blame for the behavior. We continue to admire celebrities and athletes even though they live reckless lives; we continue to vote for corrupt politicians even after they disgrace their offices; and we accept excuses, turn a blind eye, and accept the shameful behavior of role models because we’re either too apathetic or too lazy to call them out — or because it’s more convenient for us to look the other way. The truth is, some of this behavior exists because we allow it to exist.

Some may believe we’re doing people a favor by giving them a pass, but you be the judge: What incentive do these folks have to stop misbehaving? What are the chances that their “crime” will be even bigger next time? What do onlookers learn when offensive actions have no consequences? And, given their poor behavior . . . what chance do these offenders have to be successful in life if they don’t change course?

What do you think about tough love? Your comments are appreciated.

Additional Reading:
Honesty: The Plain and Simple Truth
Dependency: Killing People with Kindness
The Many Faces of Greed
Ethics as Usual