Home » Blog » Ever Hear the Excuse “Everybody Does It”? 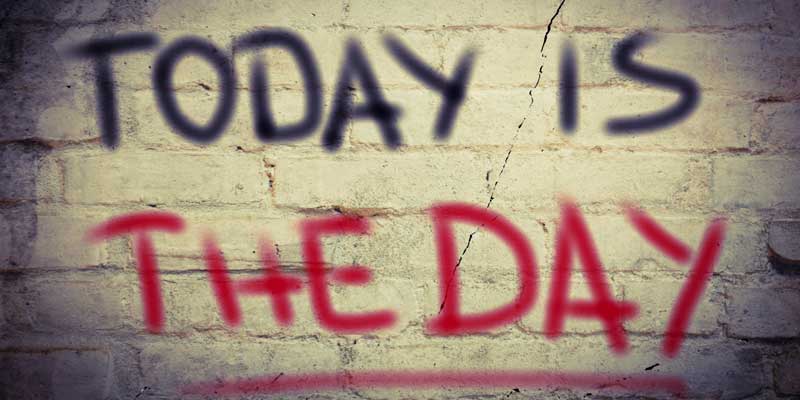 Executive greed, dishonest politicians, and celebrities living out-of-control lifestyles . . . You’d think these things would infuriate us. Instead, people excuse it away by claiming “Everybody does it.” And that’s supposed to make it acceptable. Does this mean that we find this behavior right?

Unfortunately, we’ve become so accustomed to these ills that we’re becoming complacent and even accepting. Is this the way we choose to live our lives? Do our kids view these folks as role models? Do we want our children to live this way? If not, where’s the outrage?

The truth is, every time we turn our back to this cancer spreading through our society –– we’re condoning it. Every time we excuse cheating, dishonesty, corruption, violence, intolerance, adultery, greed, and lawlessness, we become part of the problem rather than part of the solution. As Edmund Burke, the statesman, said, “The only thing necessary for the triumph of evil is for good men to do nothing.”

Everyone knows this is unacceptable behavior, but we continue to wait for someone else to make the first move. It reminds me of a horrific incident that took place in Queens, New York, in March 1964. One early morning, thirty-eight respectable, law-abiding citizens watched a killer stalk and stab a woman in three separate attacks in Kew Gardens and didn’t call the police. According to The New York Times:

“As we have reconstructed the crime,” he [police inspector] said, “the assailant had three chances to kill this woman during a 35-minute period. He returned twice to complete the job. If we had been called when he first attacked, the woman might not be dead now.”

. . . The police stressed how simple it would have been to have gotten in touch with them. “A phone call,” said one of the detectives, “would have done it.”

The brutal murder of Kitty Genovese and the disturbing lack of action by her neighbors became emblematic in what many perceive as an evolving culture of violence and apathy in the United States. Is that who we are? Have we become too complacent, apathetic, or lazy to stand up for what’s right?

Whenever there’s dishonesty, greed, bigotry, violence, theft, or drug abuse, we become outraged. The incident becomes a “media fest” for a few days, and then it’s out of sight, out of mind. Our politicians talk a good game, but it seems that they’d rather score points against the opposition than address the problem. Meanwhile, the media outlets spin the news to fit their political persuasions and score some rating points, and the PR folks follow close behind, like ambulance chasers, trying to find creative ways to put lipstick on a pig. And all the while, we quietly sit by, idly waiting for the dust to settle and for the chorus “Enough is enough” to ring out. Instead . . . after things settle down . . . you hear people reason it away with “Everybody does it,” and like magic, that excuse is supposed to make it better. The truth is, if we don’t stand up and protect the values that we hold dear, we have no right to complain when they disappear forever. As Joseph de Maistre, the French philosopher said, “In a democracy, people get the government they deserve.” The same is true of our cultural norms.

Excuses, Excuses: It’s Time to Speak Up or Shut Up

If you find yourself asking, what is our world coming to? — you’re not alone. I long for a time when trust, honor, and integrity are once again valued; a time when a promise is kept at all costs, when your word is your bond, and when we do what is right simply because it’s the right thing to do. It’ll be a simpler time when a handshake means something, when you don’t have to look over your shoulder, and when your reputation will be as valuable as gold. We can look forward to a kinder and gentler world in which we work hard for everything we earn because that’s how we were raised and how our parents were raised before us.

Times may have changed, but our values should remain unchanged. We can, and we must, bring back these sacred values. That process begins by rejecting the claim that “Everybody does it” is an acceptable excuse whenever disgraceful behavior rears its ugly head. The fact is, it’s simply not true! I don’t do it and you don’t do it, and neither should they. They are the deviants of our society and should be made to feel that way.

This will only change, however, when deviant actions have consequences, and the offenders are held to account. Thirty-eight people in Queens could have saved a woman’s life by simply making a telephone call. We too can make this a better world by rejecting this lame excuse and shunning those who behave immorally. As William James, the American philosopher, said, “Act as if what you do makes a difference. It does.”