Home » Blog » How to Repair Your Reputation 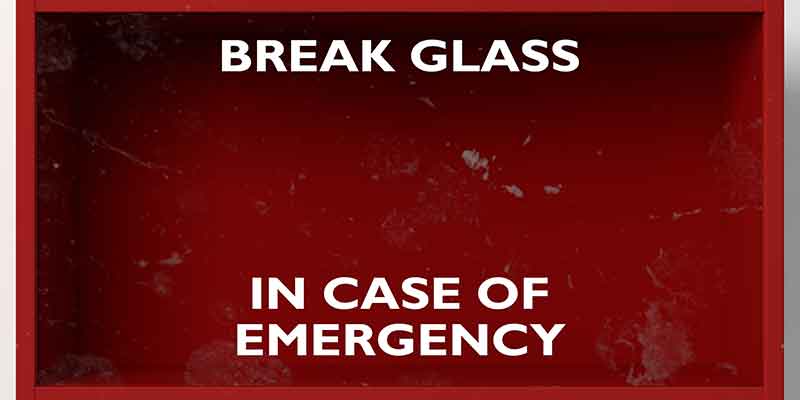 There’s an old saying that bad news travels fast. With the advent of social media, the operative word “fast” doesn’t do justice to the speed at which bad news travels today. As Doug Larson, the columnist, said, “Bad news travels fast. Good news takes the scenic route.” That said, your reputation can get flushed down the toilet in seconds. Sometimes reputations get tarnished by rumors, falsehoods, or misunderstandings; other times, it’s the result of folks who take shortcuts, exhibit poor judgment, or are downright deceitful. In any case, a reputation that took a lifetime to build can crash down in a flash. How do you repair your reputation?

There are two kinds of mistakes; accidental and intentional. Despite our best efforts, there’s nothing you can do to prevent accidents because they are, by their very nature, out of your control. The second type of mistake, however, is deliberate. For the most part, people are forgiving if you make an honest mistake or act out of character on occasion. But when improper actions — such as lying, cheating, or stealing — are repeated, it can significantly impact your reputation — as it should. My best advice is to follow the precept: Don’t do anything that you wouldn’t want to see on the front page of a newspaper.

It’s harder to repair a damaged reputation than to build a good one in the first place.

Are You Honorable or Afraid of Getting Caught?

When folks do things that are greedy, reckless, or dishonest, oftentimes they’re not sorry about their transgression, but they’re angry that they got caught. Their first response is, “Get me out of this mess.” In essence, they want a magic pill to make the problem go away. As such, they’re quick to apologize for their wrongdoing. But an apology shouldn’t be a knee-jerk reaction acknowledging that you did something wrong. An apology should be a statement of remorse with an explicit promise that it won’t happen again. That means more than going through the motions of saying “I’m sorry” — your words must be authentic and coupled with a real desire to change.

The second common reaction is to launch a high-profile PR stunt to repair the damage. They think they can win back trust and respect by showcasing examples in which they were kind, ethical, and socially conscious. The truth is that they’re more interested in repairing their reputation than in changing their ways. This strategy often falls short because trust can’t be bought; it’s earned. As I say, “When you think you’re fooling the world, you’re only kidding yourself.”

An alternative way to repair your reputation is by taking baby steps — consistently doing small things that win back everyone’s confidence and trust. In so doing, don’t expect folks to take notice right away because measuring progress of this kind is often like watching grass grow. While it’s difficult to detect movement on a daily basis, it’s simple to see growth over time. As Bill Gates said, “Headlines, in a way, are what mislead you because bad news is a headline, and gradual improvement is not.”

A Great Reputation Is Earned Every Day

While these remedies may help you repair your reputation, they’re misguided.

Think of it like dieting. You announce you’re going on a diet. For the next few days, you starve yourself and complain bitterly that you’re reaching your wits’ end. A few days go by…you’re so proud of what you’ve accomplished that you reward yourself by cheating. Of course, one time leads to another and before you can say, “weak moment,” you’re back to your old ways. The point is that quick fixes aren’t as effective as lifestyle changes.

The focus of the preceding strategies is on repairing your reputation, after it’s been savaged, rather than living a life of honor and integrity.

Think about your behavior beforehand, and you won’t be forced to repair your reputation afterward.

The best way to build a strong reputation is to recognize its value and treat it that way. The point being…your reputation matters. You can’t run from your shadow. Make a solemn pledge to do what’s right — not because you expect to gain anything — but because it’s the right thing to do. You will find that being good is its own reward. Moreover, when you do what’s right, you won’t be forced to defend what you did wrong. Protect your reputation like it’s the most valuable asset you own. Because it is!

Do You Need to Repair Your Reputation?

Additional Reading:
Reputation: You Can’t Run From Your Shadow
Never Lower Your Personal Standards. Never!
What Does Your Name Say About You?
What’s Your Personal Brand Worth?
Choices Are Easy. The Tough Part is Living With Them
Moral Character Matters