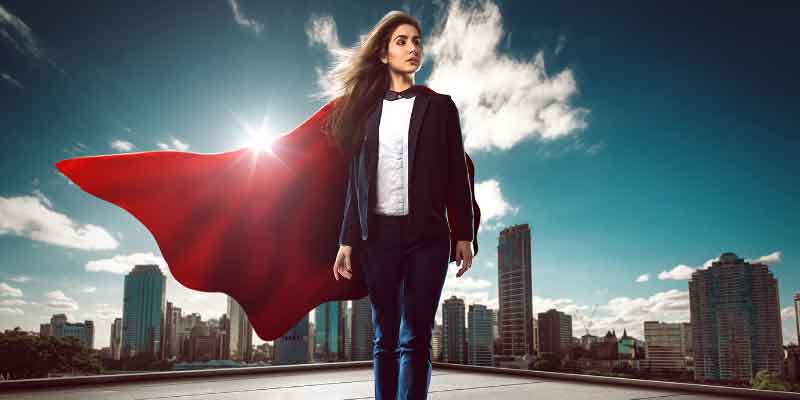 Everybody has a hero. Who’s yours? I’m not talking about Superman, who can leap tall buildings in a single bound, or even Mother Teresa, who is larger than life. I’m talking about folks, like you and me, that you look up to. What makes them so special? And how do these role models influence how you live your life?

Some people draw an artificial distinction between heroes and role models. They say we idolize heroes, while role models are “ordinary” folks who cross our path every day. The truth is, that distinction is irrelevant if both of them influence our behavior every day. When was the last time you thought about who your role models are, what makes them special, and how you can benefit most from them?

People need role models. Are you up to the job?

What Makes Your Role Model Special?

Why is your role model so rare, and why do you look up to that individual? Is it their moral character, the way they treat others, their overall perspective, or something entirely different?

When some folks envision a hero, they think idol — someone larger than life, someone who broke a world record, put their life on the line for a comrade, or who is continually in the spotlight — watched by millions of folks every day. That may be true. But there are also people that folks look up to who are not famous and don’t even view themselves as special.

Heroes and role models don’t have to be rich, powerful, or famous. They don’t have to look the most attractive, wear the fanciest clothes, or drive the most expensive cars. They are as commonplace as a family member, business colleague, or even the person next door. But they represent someone very special in your life and in the lives of others.

It may be a teacher who changed a kid’s life, a coach who helped her players achieve greatness, or even a stranger who went out of his way for a person he didn’t know. You, yourself, may be a hero or role model to someone and not even be aware of it.

People who look up to you watch every move that you make —
so don’t let them down.

I have my heroes and you probably do, too. They’re always busy, but they always find time to make a difference. They don’t think they’re special, but they sure make you feel that way. They’re quiet and unassuming, but they can light up a room when they enter it. They don’t flaunt their success because their achievements speak for themselves.

People don’t “sign up” to be role models; others naturally gravitate toward them and look up to them. Role models continually cast an aura of goodness that’s terribly hard to ignore. They don’t do things to seek the limelight or win kudos. They aren’t perfect. And they’ll be the first to admit that to you. They do things quietly and are often the only ones who know the good they’re doing. But that’s enough for them because they don’t want, or expect, fame and fortune. They take great pride in knowing they’re making a difference — and they are!

Additional Reading:
The Power of One
Change Someone’s Life and It May End Up Changing Yours
13 Ways To Be a Good Role Model
Karma: Make Your Own Luck