Home » Blog » Are You Sabotaging Your Success? 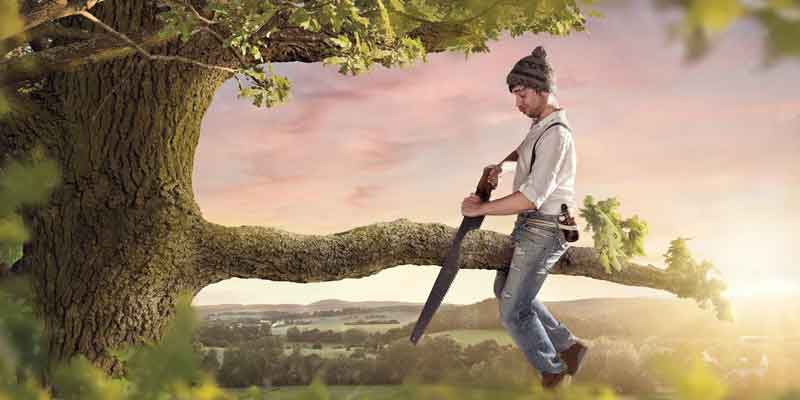 If I were a basketball coach, I’d recruit the best players. As a parent, I want the best teachers for my kids. If I had a serious illness, I’d seek out the best doctor. You have to wonder — why would anyone recruit a second-rate athlete, want a teacher who had lost his or her appetite for teaching, or retain an inexperienced doctor for a serious illness? That would be sabotaging your chance of success. You’d want the best possible outcome, wouldn’t you?

Along the same lines, if you wanted to buy something, wouldn’t you search for the best product at the least expensive price? Why would anyone pay top dollar or go out of their way to buy inferior goods? If this premise holds true, why would anyone tolerate mediocrity in their organization? They’d be sabotaging their success and ultimately causing their organization’s demise.

Is Your Organization Promoting Excellence or Sabotaging Its Success?

Organizations don’t become excellent through magic. Leaders create an environment that’s conducive to excellence. Here are 10 ways you might be sabotaging your organization’s performance. Do these business practices sound familiar?

If You Don’t Strive for Excellence, You Won’t Achieve It

Some people say we shouldn’t distinguish between exceptional and mediocre performance — everyone should receive a trophy. While that sounds great in theory, it doesn’t work in practice.

If you want excellence, you have to recognize and reward it. Period. You can’t grant the mediocre employee the same reward as the superstar; you can’t give the average student the same grade as the terrific one; and you can’t award the team that finishes last the same prize as the team that finishes first. Why? you ask. It reduces any incentive to strive for the best, to do your best, or to be the best.

People stop trying when there’s no benefit for being exceptional
and no consequence for being mediocre.

Therefore, if you want to promote excellence and still be compassionate, the answer isn’t giving everyone a trophy regardless of how well they perform; rather, the answer is giving everyone an equal opportunity and providing them with the tools to achieve success. Therefore, everyone is free to decide how hard they’re willing to work and the sacrifices they’re prepared to make to achieve success.

If you’re not willing to make the commitment, don’t complain about the outcome.

This applies to organizations and individuals alike. If you want to achieve excellence, you must strive for it and settle for nothing less. We don’t gain anything by lowering the bar so that everyone can clear it. That breeds mediocrity. There is a difference between winners and losers. In most cases, a winner did everything in their power to achieve success. The loser did not.

When you tolerate mediocrity, you get more of it.

Ask yourself whether you’re more likely to get beaten by your competitors or by yourself. The truth is, your future will be determined more by choice than by chance. Are you sabotaging your success?

Are You Sabotaging Your Success?

Additional Reading:
Mediocre Behavior Is a Choice
Thanks for a Job Well Done
Step Up Your Game
Exceptional Performance: Is Too Good Ever Bad?