Home » Blog » Have You Ever Been Betrayed? 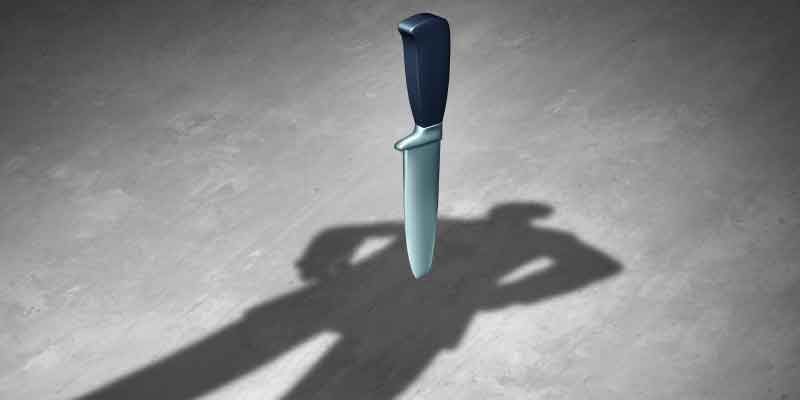 Did you ever put someone on a pedestal because she said all the right things, only to learn that her actions spoke otherwise? Did you ever associate with someone you thought was bighearted, only to learn that he just cared about himself? Did you ever form a business relationship with someone you felt was trustworthy, only to discover that she was underhanded and deceitful? If you put your trust in someone and that person proves unworthy, it’s like being dropped on your head, BIG time. Have you ever been betrayed?

It’s one thing to be deceived by a distant acquaintance and quite another to be betrayed by a friend or associate you’ve put your utmost faith in. That’s devastating. It can make you feel regretful, insecure, and even violated.

Trust takes a long time to develop, but can be lost in the blink of an eye.

How to Respond to Betrayal

If you’re a victim of this kind of transgression, you might think “How could I have been so stupid to trust him? Why didn’t I see the warning signs?” Who would have thought that someone you trusted would stab you in the back? With friends like that, who needs enemies?

Incidents like these can lead to self-doubt and scornful mistrust. “I wonder if there are more people like this in my life,” you may think. As Warren Buffet said, “There’s never just one cockroach in the kitchen.” That may cause you to withdraw or to build a wall to protect yourself from being hurt again. Some people may even go to extremes — and lose faith in mankind.

Before we go that far it’s important to distinguish between two kinds of indiscretions — those beyond the perpetrator’s control versus those that are deliberate. For the most part, you may be forgiving and not find your trust shaken if someone makes an honest mistake — nobody’s perfect. On the other hand, when improper actions are intentional — a conscious assault on you — your trust is undermined and forgiving takes more effort.

Fool Me Once, Shame on You…

Does the perpetrator deserve a second chance? It’s reasonable to think that if the culprit betrayed you once, he may do it again. But you be the judge. At a minimum, he owes you an apology. Period. If you don’t receive one, his saying nothing says everything. If you do receive an apology, it shouldn’t be just a knee-jerk reaction acknowledging that he hurt you. It should be a statement of remorse with an explicit promise that it won’t happen again. It’s also important that those words are coupled with a real desire to change. In any case, trust but verify.

Trust is like Humpty Dumpty…once broken, it’s hard to put the pieces back together.

What’s the lesson here? First, the biggest loser is the offender. He may think he’s fooling the world, but he’s only kidding himself. If he violated your trust, the odds are he’s doing it to others. That kind of behavior will never lead to meaningful relationships — his loss. Second, you can’t control people’s actions, but you can control your reaction to their behavior. There’s no doubt that when someone violates your trust you may feel hurt and victimized. But don’t let your feelings make a bad situation worse. While it’s understandable to mistrust someone, don’t lose faith in everyone. The fact is, just because one person commits a crime doesn’t mean you should throw the whole town in jail.

There are a lot of decent and honorable people in the world. Rise above the situation by continuing to put your faith in the power of trust. You will benefit from one of life’s greatest gifts while disreputable people fritter that opportunity away. Furthermore, learn from their mistakes: If you want to be deemed trustworthy, earn it every day, and never prove yourself unworthy of someone’s faith. Trust is like blood pressure. It’s silent, vital to good health, and if abused, it can be deadly.

Have You Ever Been Betrayed?

Additional Reading:
Do You Deserve to Be Trusted?
Forgiveness: It’s Good for You
50 Ways to Lose Trust and Credibility
Hey, It’s Your Conscience Talking
ACTIONS Speak Louder than Words