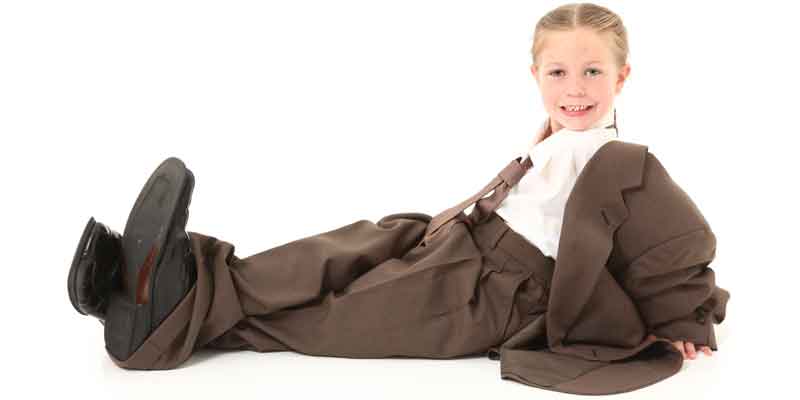 Everyone’s asked to do things they disdain. It may be attending a function with folks you don’t like, standing in for someone who’s on vacation, or eating food that you despise. But because you’re a grown-up, it comes with the territory. So, put on your big-boy pants and deal with it.

The reality is everyone reacts differently to demands that are placed on them. Some folks bite the bullet and plow ahead like it’s their job, while others whine and bellyache like the world’s coming to an end. I can just hear the chorus: “Why me?” “It’s not fair.” “I don’t get paid to do this.”

Some babies threaten to hold their breath till they turn blue.
Some adults do too.

Come on folks. It’s not asking that much to sacrifice an evening, put in a few extra hours, or eat broccoli even though you dislike it. After all, it’s not your last meal. Furthermore, it’s in your best interest to stop feeling sorry for yourself and endure the situation.

Do you act like an infant? Here are 10 reasons why whine [ing] doesn’t improve with age:

Prove yourself before you get promoted. If you’re not able, or willing, to perform basic tasks well, you’ll never be given additional responsibility. After all, people will test you in small ways before trusting you outright.

Keeping score is a losing game. There are times when you’ll make a greater effort than others — and won’t get anything for it. Get over it. Keeping score may be appropriate in sports, but it won’t do much to foster a meaningful relationship.

Leave work at the office. There are workdays when everything that can go wrong will go wrong. Don’t take it out on your family when you get home. Put on your big-boy pants.

You’re asking for trouble. When you’re a guest at someone’s home, don’t present them with a list of preferences a mile long. While some requests are essential for health reasons, others are based on personal taste. Remember…you’re a guest.

Excuses proclaim an unwillingness to change. Even though mistakes are regrettable, fess up for your actions and accept personal responsibility.

Raise your hand rather than volunteering others. There may not be enough cake to go around. So be a grown-up and let someone else take the last slice.

Get back on the horse. Even though you’re confronted with bitter disappointment, it’s important to accept reality and move ahead.

There are times to fight…and times to acquiesce. You may be asked to do something that rubs you the wrong way. Although you fundamentally disagree with the request, just do it — unless it conflicts with your values and principles.

A promise should be as binding as a contract. Despite the fact that you have plans after work, you may have to stay late to complete a project. After all, when you make a promise, you’re not giving your word in erasable pencil, you’re inscribing your commitment in indelible ink.

Some people act as though making a small sacrifice is the end of the world. The truth is that most things won’t kill you. In fact, before you can say “no big deal,” it’ll be behind you. So, the next time you’re forced to do something that you detest, show what you’re made of — and just do it. If you spent less time complaining, it would already be done. So put on your big-boy pants and deal with it.

Do You Put on Your Big-Boy Pants?

Additional Reading:
Mental Barriers: What’s Holding You Back?
Do You Have a Healthy Mindset?
Get It Done!
15 Signs You Need An Attitude Adjustment
You Think You Have Problems?
If You Believe You Can’t, You Won’t