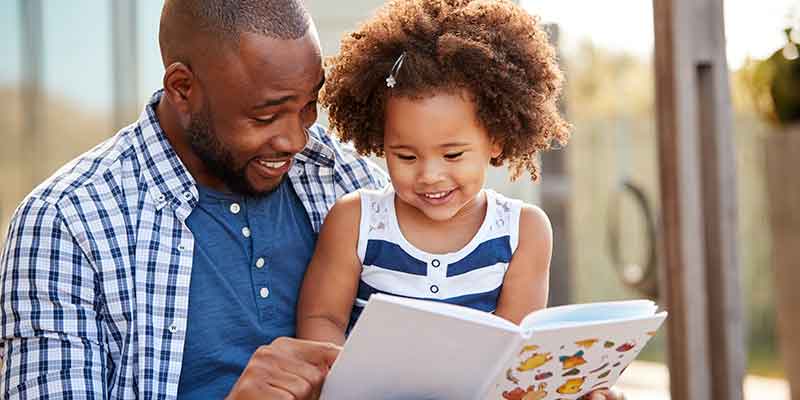 What does it take to be a great parent, an exemplary role model, or a highly effective leader? Most folks would say it’s important to set high standards, remain true to your values, listen to your conscience, and live by example. But how do you translate that into daily action? How do you live by example and inspire others to do the same?

You can talk till you’re blue in the face, but if you don’t set a good example, your rhetoric will fall on deaf ears. The priorities that you set, the choices that you make, and the things that you do every day say it all — and people will take notice.

You don’t have to say a word, because your actions speak volumes for you.

Here are 14 examples of how to live by example:

As you walk through the classroom door at back-to-school night, you tell the teacher that you need a few minutes of her time. After the session, you approach the front of the class. (It’s obvious she’s uncomfortable.) “I know many parents come to you with complaints. I want you to know how much we appreciate what you do. You’re making a big difference. Thank you!”

As you count your change, you realize the shopkeeper thought you gave him a 20-dollar bill when you only gave him a 10. After thinking a moment, you say, “I’m sorry. I think you returned too much money.”

You call your kids to dinner and they come running. You send your daughter back to her room to turn off the light. “It may be pennies, but it’s wasteful,” you say.

You make an anonymous donation to a cause you believe in. There’s no reason that others need to hear about your generosity. The important thing is that you know.

You’re working on a project with five other people. Unfortunately, you make a mistake that hurts the effort. When the manager scolds the team for poor performance, you raise your hand and say, “I’m sorry. It’s my fault. Please don’t blame the team.”

You buckle your seat belt and place your carry-on baggage under the seat in front of you. You notice a woman is having a hard time placing her luggage in the overhead rack. Even though you just got comfortable, you jump to your feet and volunteer to help.

You’re walking down the street when you see something shiny on the sidewalk. As you bend down, you realize it’s a fine piece of jewelry. You notify the local police as well as a few shopkeepers in case the rightful owner comes looking for it.

Your boss praises you in front of your peers. “Great idea,” she says. Even though you’re grateful for the compliment, you know the idea isn’t yours. You raise your hand and deflect the praise to your colleague.

Your company experiences a significant downturn. As a business leader, you take a pay cut before other cutbacks are made. This buys you time to determine what other measures have to be taken.

You bring a slice of cake into the room to cap off a wonderful dinner. You tell one of your sons to cut it in half while his brother gets to choose which piece he wants.

Your daughter comes home from a playdate with a toy you don’t recognize. Apparently, she must have been playing with it and left with it in her hand. You bring the toy back to the neighbor and ask your daughter to apologize for the oversight.

You shake hands on a business deal. Soon afterward, the business landscape changes in the other party’s favor. Even though it’s possible to go back on the deal, you keep your promise.

We were leaving a restaurant in New York City and saying goodnight to my in-laws when I glanced around and realized that one of my daughters was missing. My stomach dropped to the floor and my heart began pounding. Where is she? I thought. She’s only seven. I frantically looked around. All of a sudden, I spotted her down the block, kneeling down next to a homeless man. When she was young, she wasn’t a very good eater, so it was common to pack up half her dinner and take it home. As it turns out, she spotted a homeless man sitting against the building and thought she’d share her food with him.  From that moment forward, every time we had dinner in the city, we packed up a meal and looked for a homeless person to share it with.

Remember, if you want to serve as an example — it’s easier done than said.

Additional Reading:
13 Ways to Be a Good Role Model
Never Lower Your Personal Standards. Never!
15 Ways to Pass Your Values On to Your Kids
Can Money Buy Respect?
Moral Character Matters
Are Role Models Becoming Extinct?