Home » Blog » You Should Be So Lucky 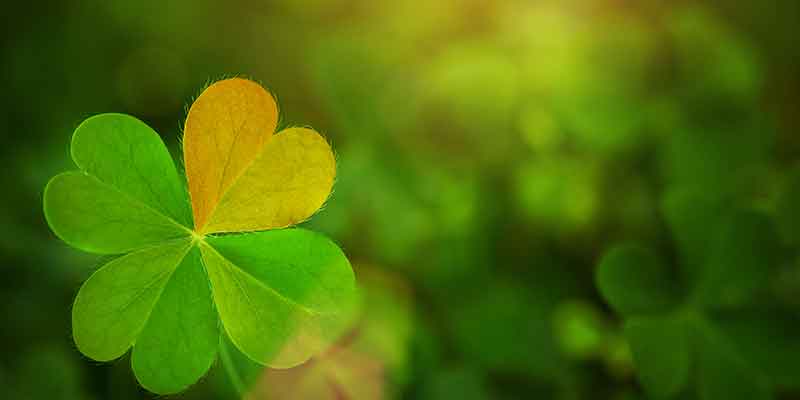 Let me tell you a story about two typical kids you might be familiar with. One of them (we’ll call him John) wasn’t a bad kid, but he didn’t take life very seriously. He hung out with friends, didn’t study much, and did mostly what he wanted because his folks were missing in action — they had busy social lives, you know. You could say that John’s life was a party — lucky for him. He was unmotivated, laid-back, and happy as a clam.

Then there was Richard. He did everything by the book and most of what was expected of him. He studied hard, listened to his folks — not that he had a choice — and practiced piano during his spare time. He was good-hearted, went to church every Sunday, and almost always had a book in his hand. Richard was a model student. The teachers loved to have him in class. He didn’t have time for video games or afternoons to goof off with the other kids; much of his spare time was accounted for. Richard’s friends were similar: kind, well-mannered, and took their schoolwork seriously. In fact, their parents took turns having the kids over, after school, to make sure everyone did their homework.

When Richard was old enough to work, his folks made him get a job after school to instill a strong work ethic and help him learn the value of money. His parents thought that getting a paycheck would help him develop independence, and he wouldn’t have to “beg” every time he wanted something.

Everything worthwhile in life requires an element of sacrifice.

While you may think life was clear sailing for Richard, it wasn’t. His folks pushed him to get good grades and when they didn’t, Richard pressured himself. Furthermore, some kids made fun of him in school, calling him a goody-goody — always playing by the rules and being first to raise his hand in class. (That didn’t go over very well.)

As you can tell, Richard and John couldn’t be more different. That’s illustrated by the emphasis placed on education, the way they spent free time, the people they hung out with, the amount of parental involvement, the pressure to get a job, and the list goes on.

Richard goes to college, graduates with honors, and lands a wonderful job.

John, on the other hand, never seems to have grown up. He’s still the party animal that he was in high school, but he begins to second-guess his ways. It seems like everyone John knew was passing him by. They were starting careers, getting married, having kids, buying homes, and living the American Dream. (Lucky for them.)

This view of the good life didn’t escape John’s notice.

He started interviewing for jobs, but didn’t have a very good story to tell. Besides the fact that he never took school seriously or held down a job, he was a little rough around the edges. As the rejection notices began piling up, John got angry and resentful. “Why does everyone, except me, get all the breaks? Life isn’t fair.”

John desperately tried to play catch-up, but it was an uphill battle. He was not only deficient in education and work experience, but he had to make attitude adjustments and unlearn bad habits that were years in the making. That’s not easy to do.

What lesson can we draw from this?

Lucky People Make Their Own Luck

Little did John and Richard know the impact that their formative years would have in later life. During those years, their character was being molded, their values shaped, and their habits formed. Those lessons would shadow them for the rest of their life.

Never compromise the things that’ll matter most to you one day because you feel the urge to satisfy yourself today.

You can achieve anything in life as long as you know what you want, possess a can-do attitude, and are relentless in your pursuit of your dreams. But you’re not going to acquire a solid education, develop strong moral character, and adopt sound personal values overnight. It takes a lifetime. The fact is, most of the choices that you make in life are small, but their cumulative impact will have a dramatic effect on your life. Those choices, like everything else in life, have consequences. If you don’t make the investment, sacrifice, and commitment, you can’t expect to reap rewards like those who do. As Sean Patrick Flanery, actor and author, said, “Do something today that your future self will thank you for.” You’ll thank your lucky stars that you did!

Additional Reading:
Are You Preparing Your Kids for the Real World?
15 Ways to Pass Your Values On to Your Kids
Do You Have a Victim Mentality?
Make Good Choices
Mental Barriers: What’s Holding You Back?