Home » Blog » Do You Talk Yourself into Failing? 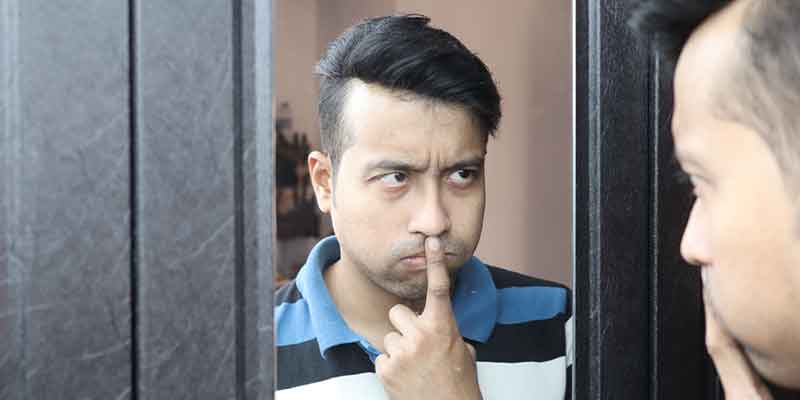 There are two types of people in the world — those who face a challenge and say, “This will be tough, but we can do it!” and those who say, “Nobody’s done this before. Why are we even trying?” While some may say that it’s good to be realistic, the biggest obstacle to your success may be yourself. Do you talk yourself into failing?

When you doubt your capability, diminish your self-worth, or accept failure as a given, you place limits on your performance and may even make failure a foregone conclusion. In other words, your success is often determined before you start.

Success is all in your head.

If You Think You Can’t, You Won’t

Imagine getting ready for a football game and thinking, “I know we’re going to lose, but we’ll give it our best shot.” Would your heart be in the game? Would you push yourself when you were exhausted? Would you make the extra effort if you were losing? Or would you think, “Why bother?”

It’s one thing to psych out an opponent before a big game, and quite another to do it to yourself. You’re deliberately sabotaging your own efforts without realizing it.

The fact is that your mindset can work for or against you — your choice. While you may think a defeatist attitude is unimportant, it has serious implications. First, once you act this way, you’re more likely to behave this way in the future. That’s unfortunate because it’s as easy to develop a good habit as a bad one. In addition, every time you lower the bar, you make it easier to tell yourself that acting that way is acceptable. That can cause lasting damage to your confidence and self-esteem.

If you want to win, first you have to believe that you can.

This tenet applies to every area of your life. When you start anything with a negative mindset, you’re more likely to:

Impossible Means You Just Didn’t Do It Yet

How do you approach life? Do you say the sky’s the limit or do you limit your potential? Some people continually put themselves down, think people like them don’t stand a chance, or believe that the world isn’t fair. In essence, they feel they don’t have control over their destiny. They put their energy into lowering the bar, covering their behind, and making excuses for things that didn’t even happen yet. And then, when their defeatist attitude turns into a self-fulfilling prophecy, they get angry and resentful. Does that sound like you?

You have the ability to achieve anything you want in life. Don’t let anyone tell you otherwise. Believing in yourself is half the story. The other half requires hard work, commitment, and sacrifice. As Les Brown, the motivational speaker, said, “The only limits to the possibilities in your life tomorrow are the buts you use today.” Do you place a limit on your success? Don’t talk yourself into failing. Your mindset matters more than you think.

Do You Talk Yourself Into Failing?

Additional Reading:
Failing Doesn’t Make You a Failure
Be Nice to Yourself
Do You Have a Victim Mentality?
Mediocre Behavior is a Choice
The Power of a Positive Attitude
Mental Barriers: What’s Holding You Back?
Are You Too Tough on Yourself?