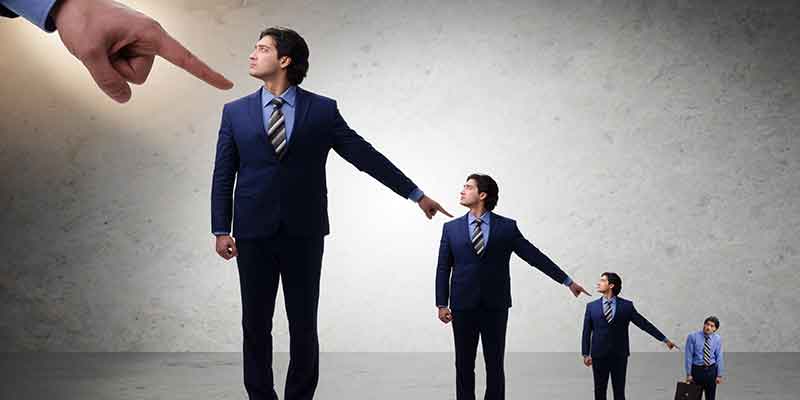 If a person cried out for help, would you help them or simply watch from the sidelines? That’s not a trick question. The fact is, most people won’t respond to a cry for help, if others are present, because they expect someone else to act. The point being that when everyone’s responsible, no one’s responsible.

That reminds me of the “Responsibility Poem” by American journalist Charles Osgood. His poem illustrates this point very clearly.  I’ve provided the condensed version below.*

Do You Take the Lead?

This phenomenon is supported by empirical research. The bystander effect states that the more people who are on hand during an emergency, the less likely it is that any one person will help someone in distress.

There are two factors that account for this. First, when a group of people are asked to do something, it creates a diffusion of responsibility. In other words, no one feels pressured — much less personally responsible — to act. Everyone assumes that others will take the initiative. Second, when others fail to act, people take it as a signal that action isn’t required. Thus, it reaffirms their own decision not to act.

Ask yourself, do you take the initiative or wait for others to act? Do you:

Show courage? Run toward a problem rather than away from it.

Seek the truth? One or many believers doesn’t determine the truth or untruth.

Serve as the voice of reason? Be open-minded, be objective, and be accurate.

Stand up for what’s right? Point out the difference between right and wrong, even when it’s unpopular.

Hold people accountable for their actions? If you don’t confront poor behavior, you’re encouraging it through inaction.

Speak your mind — even when it’s inconvenient? Opinions held in secret never make a difference.

Follow the letter as well as the spirit of the law? Don’t do things because you’re afraid of getting caught. Do what’s right because it’s the right thing to do.

Set the bar high? Hold everyone — including yourself — to a high standard. It doesn’t cost more to strive for excellence, but if you settle for mediocrity, it’ll cost you dearly.

Pull your weight? Be a team player rather than expecting others to shoulder the burden.

Accept responsibility for your behavior? Choices are easy. The hard part is living with them.

Bring out the best in others? Make people feel special. Treat them with kindness and respect.

Do right by people? Take the shoe-on-the-other-foot test. Ask yourself, how would you feel if the situation was reversed?

Help people less fortunate than yourself? As you climb the ladder of success, reach down and pull others along with you.

Volunteer without being asked? Raise your own hand rather than volunteering others.

Do what’s right rather than what’s easy? Choose the right path (even though it’s difficult) rather than the easy route.

Teach your kids right from wrong? If you don’t pass your values on to your kids, someone else will.

Act neighborly? Befriend and support your neighbors and become an active member within your community.

Make a meaningful contribution? Make a difference in others’ lives rather than enriching your own.

It All Comes Down to You

What would happen if everyone expected others to make the first move? Bullies would be emboldened, the needy would be ignored, and there wouldn’t be any consequences for poor behavior. While you might not notice the day-to-day impact, the long-term consequences would be devastating.

It’s not always easy to speak up, do what’s right, or swim against the tide, but someone’s got to do it. And it might as well be you. This applies to your life at home, at work, or in the world around you. Virtue isn’t demanding more of others; it’s expecting more of yourself. Get in the game rather than watching from the sidelines. Our future is dependent on our kids. And the future of your children is dependent on you. When everyone’s responsible, no one’s responsible — so do what’s right.

How Responsible Are You?

Additional Reading:
Take Ownership By Taking Responsibility
Do You Take Your Commitments Seriously?
Make Good Choices
Do You Have a Victim Mentality?
Live By Example and Inspire Others to Do the Same
It’s Your Life to Live. Own It!